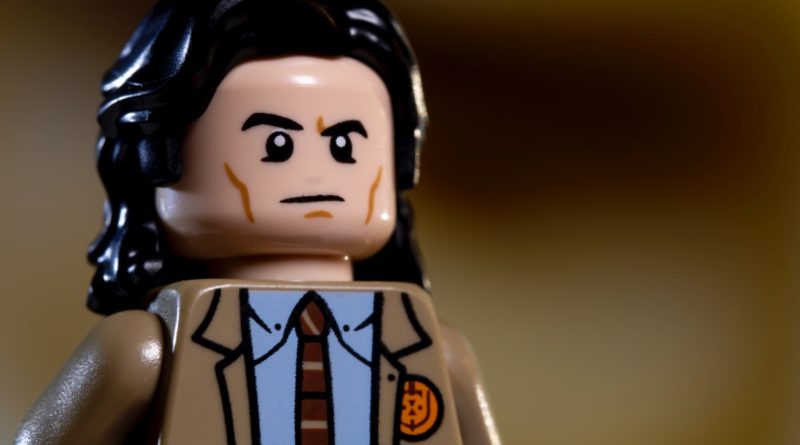 Explore the history behind LEGO 71031 Marvel Studios’ Loki with Brick Fanatics in our exclusive spotlight on this brand new minifigure.

The god of mischief was one of the earliest characters to debut in the Marvel Cinematic Universe, first appearing on screens in 2011’s Thor. Our introduction to Loki Laufeyson (son of Laufey, ruler of the Frost Giants in Jotunheim) as a manipulative, scheming trickster essentially set the course for the character across the first three phases of the MCU.

That encompassed the first Avengers movie, in which Loki was the primary antagonist for the newly-assembled team of Iron Man, Captain America, Thor, Hulk, Black Widow and Hawkeye; Thor: The Dark World, in which he briefly teamed up with Thor to fight the Dark Elves, before faking his own death; and in Thor: Ragnarok, in which he helped Thor and Valkyrie to defeat Hela.

We’ve had plenty of Loki minifigures across those cinematic appearances, but the version included in 71031 Marvel Studios is actually based on this year’s Disney+ series, imaginatively titled ‘Loki’. And while the first season takes place chronologically after Avengers: Endgame, the Loki we see on-screen has in fact been plucked directly from the end of Avengers Assemble.

That’s thanks to time-travelling Avengers allowing him to run away with the Tesseract – before he’s immediately arrested by the Time Variance Authority for creating a branched timeline. The first season of Loki subsequently deals with the god of mischief attempting to escape from the TVA by reaching the Citadel at the End of Time, where he comes face-to-face with (spoilers!) Kang the Conqueror.

This latest minifigure therefore includes a brand new design for Loki, complete with a TVA mug and jacket – ‘VARIANT’ is printed on the back of his torso – and a newly-moulded Throg accessory. Throg, if you’re not aware, is the alternate-timeline frog version of Thor, who was originally destined for a much greater role in the Loki TV series than his ultimately very brief cameo.

Like several other characters in 71031 Marvel Studios, one half of Loki’s double-sided head features a ‘happy hero face’, but because his newly-recoloured hairpiece covers up the other side of his head, he’s also got an alternative, more character-appropriate grimacing expression.

Take another look at Loki in our detailed review of 71031 Marvel Studios, and find out more about Throg’s wild backstory by hitting play on the video above. The latest batch of Collectible Minifigures will arrive on shelves on September 1, and you can seek out particular characters – including Loki – using our distribution guide.

Click through the links below for the rest of our character spotlights from 71031 Marvel Studios so far: