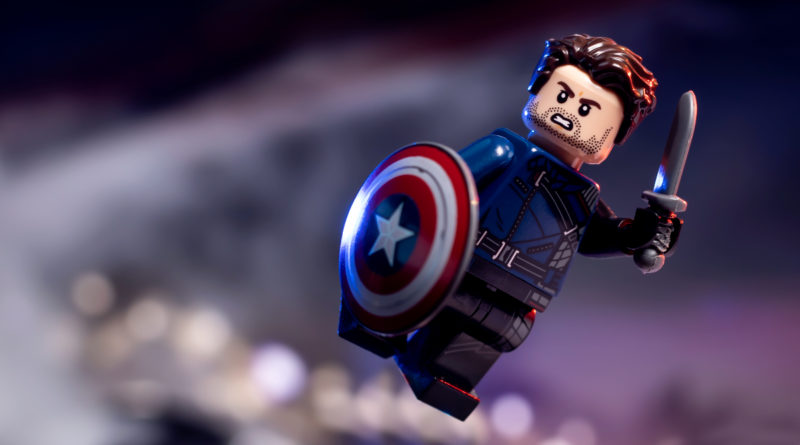 The Winter Soldier receives an updated minifigure in LEGO 71031 Marvel Studios, but what lies within the troubled past of this century-old soldier?

James Buchanan “Bucky” Barnes has one of the most lively backstories in the wide cast of the Marvel Cinematic Universe, originally signing on as a soldier in 1943. From there, his regiment would be captured by Hydra whilst another familiar soldier would be receiving a special dose of serum. Not one to be left out, Bucky also received his own experimental mixture, but not quite as willingly.

After a daring rescue from Captain America, Bucky and Steve Rogers would go on to become great friends through many various missions. Whilst the war against Red Skull continued, a plan was formed to finally capture Arnim Zola, bringing the fight one step closer to the end. Unfortunately, the mission wouldn’t go as planned.

Surviving from a high fall off the back of a speeding train (even with a missing arm) clearly impressed Hydra, who went back to reclaim their experimental prisoner after Captain America’s failed attempt at taking one of their own. Returning the favour, Bucky was slowly brainwashed, given a new arm and transformed into the malicious Winter Soldier, a one-man army capable of following all orders – as long as you have the code words. Placed into stasis, Hydra would make sure that their new weapon could be used for years to come.

Fast forward to the modern-day and Captain America and his missing friend would be reunited, but this time as enemies. As part of Captain America: The Winter Soldier, Hydra’s latest plot for world domination would be foiled and Barnes freed from his forced servitude.

To keep the story moving, we’ll skip to Captain America: Civil War next where The Winter Soldier’s fate would be determined by a faceoff between iconic and new superheroes. One of these fresh faces, Black Panther, would come to forgive Bucky for killing his father as he was not in control. In fact, Wakanda would even go as far as to cure Bucky once and for all of his brainwashing.

Unfortunately, The Winter Soldier’s troubles wouldn’t end there as in the aftermath of Avengers: Infinity War, Barnes would be forced away from his friend yet again. Thankfully, he was brought back years later by Hulk and the Avengers’ efforts, helping to defeat Thanos with his new, and important, Vibranium arm.

The final chapter of The Winter Soldier’s story (for now) comes in the form of his titular TV series where he teams up with Sam Wilson, now known as the new Captain America. Following the loss of Steve Rogers in Avengers: Endgame, Bucky resented Sam for denying the shield and was outraged to see it in the hands of John Walker. This became especially evident once John took his role as Captain America too far, and the duo was forced to tear the shield away from him once and for all.

The minifigure in 71031 Marvel Studios depicts that latest appearance, equipped with a trusty knife and the same shield that was stripped away from John Walker. His updated look also includes the printed Vibranium arm, shorter hair and a smile that proves how close he and Sam have become.

You can find The Winter Soldier in 71031 Marvel Studios when it releases on September 1, a series that Captain America is also included in. You can get a closer look at Sam Wilson in our in-depth article or find an explanation for every minifigure in the above video. Alternatively, read through our full review of the Collectible Minifigures ready for their launch.