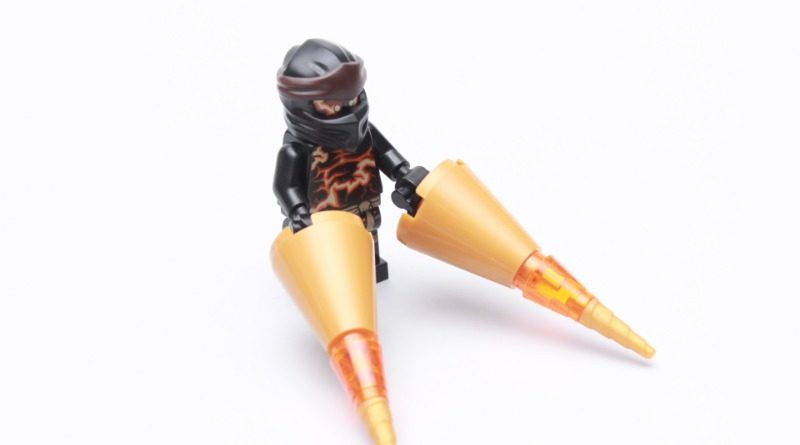 This month’s LEGO NINJAGO magazine comes with a free Cole minifigure, and two elements in a colour you might not have seen before.

The variant of Cole included in Issue 71’s foil bag isn’t especially rare, despite being included in only one set, 2020’s 70685 Spinjitzu Burst – Cole. That’s because that model retails for just £8.99, which makes it accessible to pretty much every LEGO budget.

However, it’s the cone contraptions Cole’s wielding that might prove a little more interesting to LEGO collectors. They’re attached to his hands by way of two 1×1 round plates with bar handle, an element that’s traditionally appeared in trans-clear to allow superhero minifigures to pose with Power Burst pieces.

On this occasion, though, the handheld parts have been produced in black – a colour that’s so far only appeared in 76161 1989 Batwing and 71374 Nintendo Entertainment System, two vastly more expensive sets than the one you’ll find Cole in.

That makes this issue of the LEGO NINJAGO magazine an even better bargain at just £3.99. And if you don’t yet have this version of Cole, it’s a decent minifigure, with some great printing across the torso, head and legs.

You’ve got until February 2 to pick up this month’s issue, which you can take a closer look at here. Issue 72 will then continue the Burst Mode theme with a free Lloyd minifigure when it arrives on February 3.