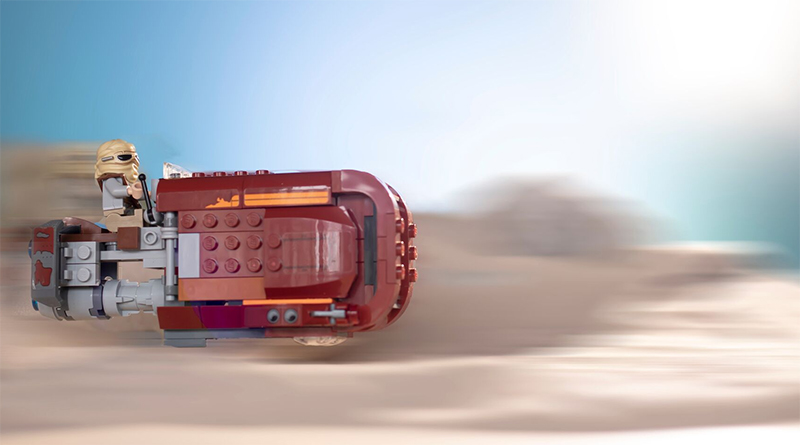 As the release of Star Wars: The Rise of Skywalker draws near, Concept Artist Jake Lunt Davies explains how he was drafted from the Creature Department to work on more than just aliens

A Star Wars film is not just another movie. Writers can come up with interesting concepts and escapades, directors can present a grand vision and themes, actors can inhabit their roles and step into the universe. But without the incredible worlds, bizarre aliens and impossible vehicles that make up the broader galaxy, Star Wars would not be Star Wars.

Watching the credits at the end of a Star Wars movie gives a real sense of how many talented artists work behind-the-scenes to bring these epic stories to life. Concept artists worked in San Francisco and London on the Star Wars sequel trilogy to come up with everything that the characters ncounter in The Force Awakens, The Last Jedi and The Rise of Skywalker.

Jake Lunt Davies worked in the Creature Department, where his primary role was to come up with the beasts, monsters and aliens that are an absolutely key component when conjuring up the Star Wars magic. He did not just design new iconic beasties including the Porg, the Luggabeast and Rathtar though, Jake was also drafted in to help conceive one of the most memorable sequel designs – Rey’s Speeder.

“Technically it was an art department job, I was doing creatures, and the production designer, Darren Gilford, came to creatures and asked if we would like to get involved, which was really a great opportunity,” Jake explains in an exclusive interview with Brick Fanatics Magazine. He goes on to explain what his influences were when designing the speeder, before the LEGO Star Wars team’s Jens Kronvold Frederiksen and Michael Lee Stockwell discuss the design and their work transforming it into a LEGO set.

The conversation between the three design experts sees them discuss their work on the whole of the sequel trilogy, right back to when they first heard that Star Wars would return. To find out about how both the LEGO Group and Lucasfilm worked on the latest era of the galaxy far, far away, order a copy of Brick Fanatics Magazine Issue 12. For this kind of unique LEGO insight every month, consider a subscription and save money on the cover price.