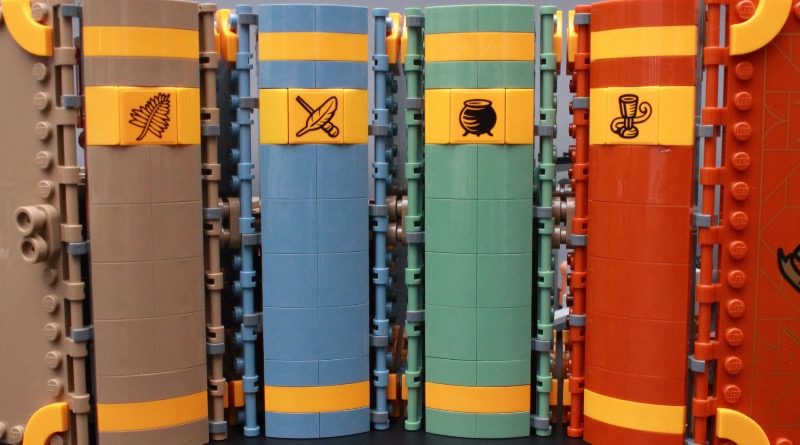 The LEGO Harry Potter Hogwarts Moment buildable books are designed to be displayed together – but is the end result magical enough to justify buying the entire range?

This year’s LEGO Harry Potter sets have brought something entirely new to the table in four collapsible books – one for each Hogwarts house – that can open up into sprawling classroom playsets. We’ve already reviewed all four individually, which you can check out by clicking through the links below:

The question now is: how do they stack up together? If you’ve built any one of the books, or even just looked through our reviews, you’ll surely have noticed those 1×2 rounded plates attached to each back cover. And they’re there for a reason: to allow all four books to connect and display side-by-side, or sprawled out in a 360-degree diorama.

You can take a look through the gallery below to see just how that works out in practice, but suffice to say: they look very neat lined up together, and less neat – but better value – sprawled out. Our criticism of their muted colours doesn’t entirely melt away when they’re closed up, but the flame yellow accent does a good job of making them cohesive.

Tucked away like that, though, it’s hard to reconcile the fact that you’ve paid out £111.96 (at retail) for what’s in front of you, especially if you pop them next to basically any other LEGO set. They look like terrible value next to 75978 Diagon Alley, for instance, which is just over three times the price but feels like 10 times more LEGO.

It’s a different story when you open them up and pull out their interiors, making for a really impressive and lively display that’s packed with as much character as it is populated by actual Harry Potter characters. It’s also very conducive to play, if you care about that sort of thing. (What do you mean, this is a toy?)

That said, there’s a pretty major flaw with this setup: it’s such a space hog that very few of us are going to have room to keep it on permanent display. Plus, unless you pop it on a rotating turntable, you’re basically never going to see half of it.

To that end, you’re much more likely to want to keep these books in a form that more closely resembles their original source material, even if they are absolutely dwarfed by the actual Harry Potter novels – and even if doing so makes you wonder where all your money just went.

That doesn’t mean you should write off this collection entirely. It just means – as we’ve maintained throughout our reviews – that you should probably try to find them at a discount. Because even if they’re diminutive, it doesn’t mean they don’t also look pretty neat lined up on a shelf together as intended.

If you’re happy to cop them for full price, you can support the work that Brick Fanatics does while doing so by purchasing your LEGO Harry Potter sets through one of our affiliate links.