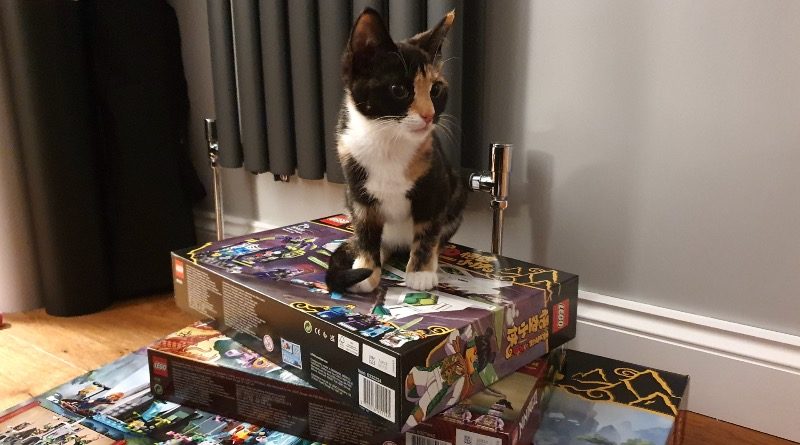 Everyone loves LEGO. And everyone loves kittens. But kittens and LEGO do not love each other – not by a long shot.

We adopted Harley and Kiki at eight weeks old. At the time, their mother’s owner told us Harley was ‘sassy and outgoing’, while Kiki just loved to cuddle. This was a stone-faced lie.

In the weeks since, both of these mischievous moggies have run rampant around every inch of our house, finding their way into nooks and crannies we never really knew existed, and then also somehow finding LEGO pieces in those same mysterious places. Cuddles have not been quite as forthcoming.

Last month, I threw together 40502 The Brick Moulding Machine during a rare moment’s peace while both kittens dozed. But then I stepped away for another, much shorter moment and returned to find Harley attempting to gobble up a loose 1×2 brick. A swift (and slightly panicked) intervention prevented an emergency vet’s visit, but I learned my lesson. The LEGO will never be safe.

As a result, pretty much all my sets on shelves lower than (human) head height have made their way to the great LEGO display case in the sky, which is to say the interior of my storage unit. 75978 Diagon Alley was a fun mantlepiece decoration for the three months I had it up, and now looks like £370 well spent in its new home, a plastic box 15 minutes’ drive away.

It just took me four attempts to write that last sentence, because Kiki decided it would be a fine idea to stroll across my keyboard, and then do so again another three times, just in case she hadn’t pressed whatever complicated combo of keys she was hoping to activate. (Probably my computer’s secret ‘dispense treats’ command.)

Anyway, it’s hard work caring for kittens when you’ve got LEGO in the house, is what I’m trying to say. You basically have to pick one of those things, which is pretty tricky when one of them is my job. But, sorry, Rob [Paton, Brick Fanatics director] – the kittens come first now, a matter I have basically no say in.

I do have one set of shelves that’s still covered in LEGO, but they’re sitting right next to the desk in my office – a room the kittens can only go in while I’m around, so theoretically shouldn’t be able to cause too much trouble in. That was the dream, anyway, until a couple of weeks ago, when Harley figured out how to open the door.

Her not-so-subtle solution involves charging headfirst into it with probably more determination than I’ve ever mustered for anything in my entire life, then squealing loudly to announce her arrival. (She may or may not have already done this during at least two video calls with the LEGO Group.)

So now nowhere is safe, and even my last handful of sets may have to come down, at least for a little while. The denizens of 80107 Spring Lantern Festival looked more than a little concerned when Kiki started wandering through it, after all, and I’m not sure LEGO Batman was prepared to find the feline equivalent of Godzilla ambushing the Batcave.

One day, I’ll hopefully be able to allow my full LEGO collection to reclaim pride of place in my home. But it won’t be while the kittens are running around, that’s for sure. 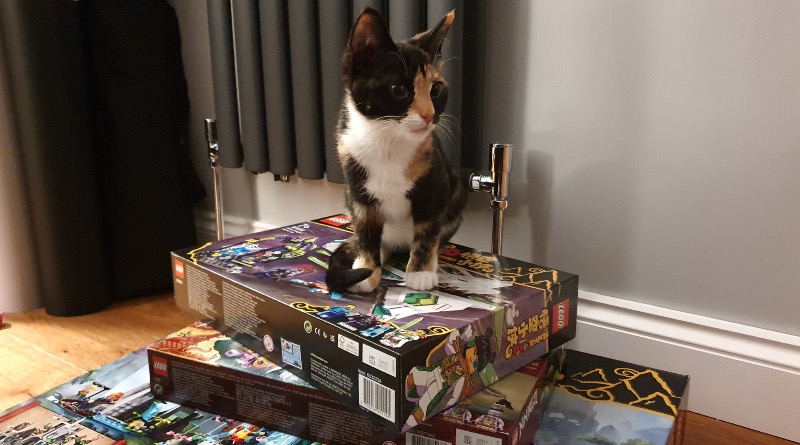