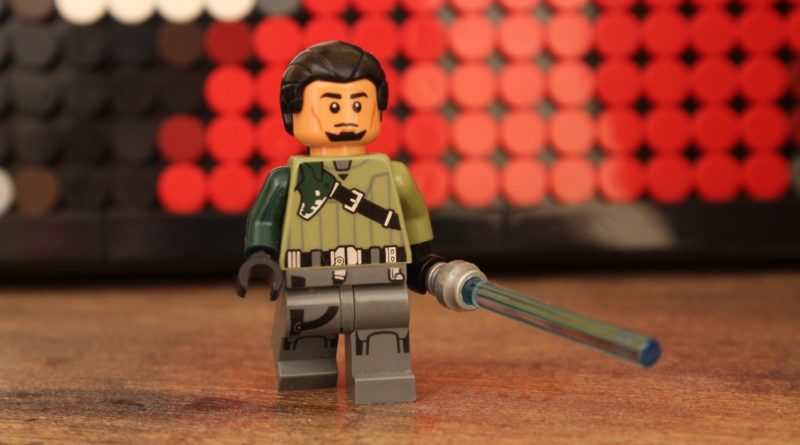 A mid-production change has seen a LEGO Star Wars minifigure soar in price on the aftermarket – and chances are good you could own one.

LEGO Star Wars sets based on Rebels are a thing of distant memory by now, including 75053 The Ghost. But that flagship model is now prized by collectors, along with its minifigures – among which are Kanan Jarrus, Zeb Orrelios, Hera Syndulla and a Stormtrooper. Of those, only Zeb is truly exclusive to the set, and he commands a high price to match.

However, that doesn’t mean he’s the most expensive of the four minifigures on the aftermarket. That crown actually belongs to Kanan – or rather, a very particular version of Kanan. Early into 75053 The Ghost’s initial production run, the LEGO Group changed the hair colour and corresponding face print of its original Kanan minifigure, updating them from black to a more screen-accurate brown.

That means the black-haired Kanan was technically only available in a very limited run of sets for a very brief period in 2014, and as a result is now worth an eye-watering sum for any single minifigure on the secondary market. That’s mainly down to his unique face print, given his black hairpiece has also appeared across themes including NINJAGO, Disney and Ideas.

At the time of writing, the average price on BrickLink for a new condition Kanan Jarrus minifigure with black hair is a staggering £218.88, while the average cost of one in used condition sits at £187.40.

Exactly four black-haired Kanan minifigures were sold in March 2022, with the cheapest going for £95.39 (used) and the most expensive fetching £177.73 (new). The supply is clearly drying up, however, because current prices are far outstripping sold prices over the last six months of sales.

All this is to say that if you do own a copy of 75053 The Ghost, it’s absolutely worth checking whether you have the brown-haired or black-haired version of Kanan Jarrus. You never know: you could be sitting on a goldmine.