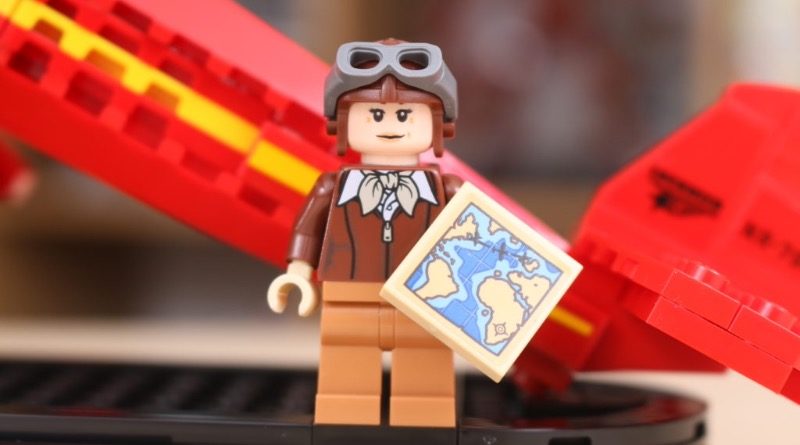 If you haven’t already got it, the LEGO 40450 Amelia Earhart Tribute is still in stock at the official online LEGO store, but only for a limited time.

It’s only been a day since the latest LEGO.com promotion started but 40450 Amelia Earhart tribute is still being added to orders of £100 / $100 / €100, meaning it hasn’t sold out too quickly at least in comparison to other LEGO offers.

That said, you might not want to hang around if you’re planning on adding the tribute set to your collection as similarly enticing offers such as 40448 Vintage Car sold out just a few days after launch, never to be seen again.

The new gift-with-purchase is the second in what has become a series of LEGO tributes, starting with 40410 Charles Dickens Tribute, but is arguably even more impressive with a model of the Lockheed Vega 5B. We’ve also learned that it’s even based on the original blueprints for the plane thanks to a new Q&A with the designer.

If you still aren’t convinced, then consider checking out our review to see exactly why this new promotion deserves a spot in your collection, then take off over to LEGO.com and reach that threshold before it potentially sells out.

There’s plenty of choice when it comes to purchases, with a flurry of new March sets now available including Monkie Kid’s 80024 The Legendary Flower Fruit Mountain. Alternatively, you might want to catch up on already-released models, such as LEGO Ideas 21325 Medieval Blacksmith.

Be sure to check your regional offers too as a number of other deals are currently being run at the same time as the new promotion, which means more free LEGO for you!