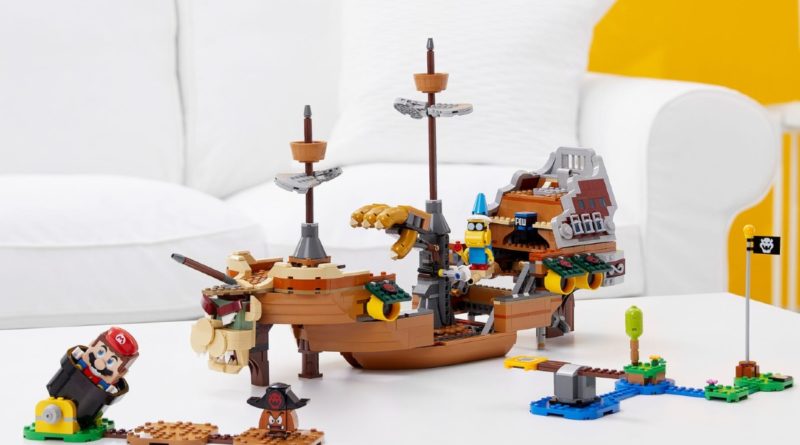 The LEGO Super Mario 71391 Bowser’s Airship Expansion Set is even popular with Bowser, but maybe not the Nintendo icon you thought.

Doug Bowser, President of Nintendo America has taken to Twitter to show off his latest LEGO haul, keeping things suitably thematic in more ways than one.

The aptly-named businessman is the latest in a long line of influential people who have shown their love for the brick, with 71391 Bowser’s Airship Expansion Set being a particularly good choice for his next build considering the obvious similarities between him and the classic Super Mario antagonist

Whilst the 1,152-piece model doesn’t include a brick-built figure for Bowser, it does include not one but two figureheads recreating the iconic head shape first seen in 71369 Bowser’s Castle Boss Battle Expansion Set so that should be enough to cater to the President of Nintendo America’s slightly egotistical desires.

Should Doug Bowser still wish to get the brick-built Bowser figure to complete his collection of titular models, the build – which was released alongside the first wave of Super Mario – is still available on the official online store.

Otherwise, fans of the theme might have more to look forward to in 2021 as the rumoured Peach’s Castle is reported for release in October, though nothing has been confirmed by the LEGO Group just yet.