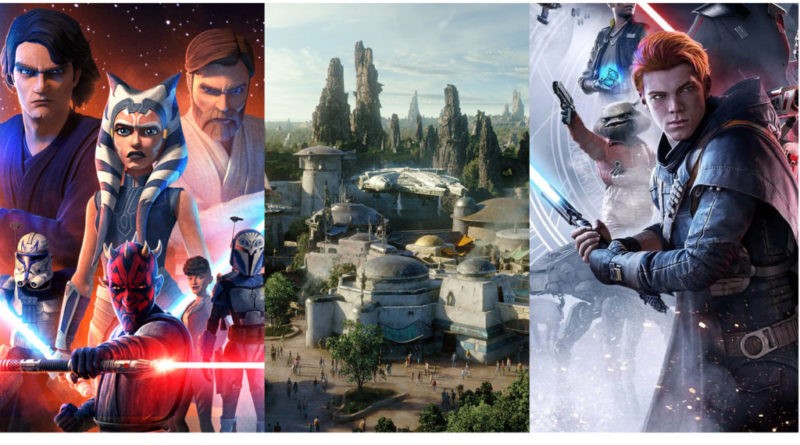 In the past year, Lucasfilm has launched The Rise of Skywalker, The Mandalorian, Jedi: Fallen Order, The Clone Wars Season 7 and Resistance Season 2 – and that’s without taking into account the comic books, novels and mobile games. LEGO Star Wars has touched on The Mandalorian with 75292 The Razor Crest and 75317 The Mandalorian and The Child, then even more surprisingly released 75293 Resistance I-TS Transport, based on Galaxy’s Edge (the Star Wars area of Disney theme parks).

With fewer movies on the way in the next few years, Brick Fanatics asked Design Director Jens Kronvold Frederiksen and Designer Manager Michael Lee Stockwell if they are now open to the whole slate of Star Wars storytelling.

Jens: When we decide what content from Lucas-Disney to lean into in with our products it is something we do in close co-operation with them, we are discussing what would make most sense. It’s a bit of a challenge because sometimes it is hard to predict – for example with The Mandalorian, nobody could foresee how successful that would be.

So it’s always very difficult, but typically we are always having some classic LEGO Star Wars in the assortment, that will always be there, then there is a certain part of the assortment that has to lean in on new content. But it’s not like we are leaning on 10 different things, we are trying to focus a little bit so that products or models are connected. As you know, the Star Wars universe now is so huge, there is so much, so many options. We focused now on The Mandalorian which totally makes sense, but no-one knows what it is going to happen in the future, we have also seen the new season of The Clone Wars being very successful. There is so much that could work for us.

Michael: There is nothing that’s off limits as such, whatever we think will be interesting for the fans and also reflects what’s going on in Lucas-Disney is an option.

Jens: One thing we were a bit cautious about leaning into a Star Wars computer game that was age marked 18+, then it was a little bit weird if we made make toys for six year olds – but now where we have a much more diverse portfolio of products with some specifically target adults, every door is open basically.

For fans of the saga who have been hoping for more LEGO Star Wars sets based on the slightly smaller stories, the future sounds very promising.