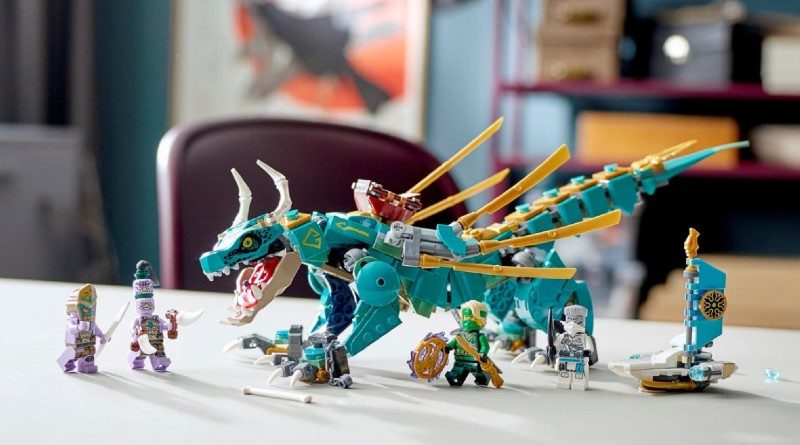 It’s set to be an exciting day for LEGO fans as a new wave of sets release across various themes, including those for the next chapter of NINJAGO.

The heroic ninja team of NINJAGO is off on a journey to an unexplored jungle island next season, as the search for both their friends and the storm amulet begins. To coincide with the new episodes, four new sets have been released. Additionally, one other NINJAGO Legacy set is joining the 10th anniversary range that kicked off 2021.

Out of the new wave, one, in particular, stands out for its vibrant colour scheme. 71746 Jungle Dragon is said to be based on a ‘big, hyper dog’ according to its LEGO designer and includes a good assortment of teal pieces, as well as some printed designs to exaggerate the wild nature of this mythical beast. You can also look forward to the four included minifigures, two of which bear a resemblance to the Islanders theme.

The smallest of the Season 14 sets, 71745 Lloyd’s Jungle Chopper Bike is nothing to scoff at either, despite its size. As one of the more affordable March sets, it makes a great way to get two of the new hair and headband pieces, as well as the fabled storm amulet itself.

You can find a guide to every new set releasing today on our master list.