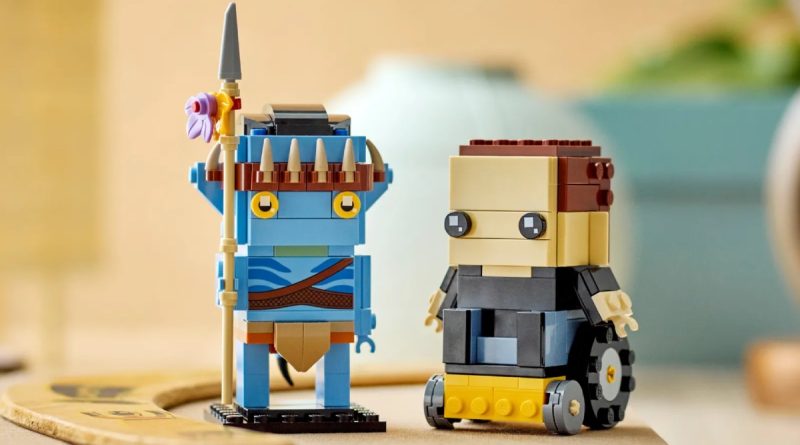 With all the new LEGO Avatar reveals, the BrickHeadz set might have been overlooked, but it brings a lot of new concepts to the theme.

As well as the three minifigure-scale LEGO Avatar models that were recently revealed, 40554 Jake Sully & his Avatar was included in the announcement. While not as immediately interesting as the new elements and characters that the trio of the minifigure models showcased, it’s one of the most innovating LEGO BrickHeadz sets ever released.

40554 Jake Sully & his Avatar introduces several new designs to the usual BrickHeadz formula, which will likely help this trio to stand out against the other over 100 models in the theme. As is to be expected from any LEGO depiction of the Na’vi, the skin tone makes the Avatar BrickHeadz one of the bluest ever released, beating both 41636 Benny and 40559 Road Runner & Wile E. Coyote.

Of course, another difference that the Na’vi have compared to humans is their height, standing tall above humans at around nine to 10 feet.To represent this, the Avatar BrickHeadz legs are twice the length of most other LEGO caricatures and the arms are one brick longer.

However, Jake Sully has his own variety of design differences that sets him apart. Most notable is the inclusion of a BrickHeadz-compatible wheelchair that Jake can be detached from. The build looks to be easily modifiable for different colours and the wheels are able to move too.

In order for Jake to fit in the wheelchair, he’s depicted sitting down. Previously, humanoid BrickHeadz have only been standing up, but it makes much more sense for Jake Sully to be posed in this way and he brings a welcome touch of diversity to the theme.

However, he’s not the first BrickHeadz ever to sit down as the larger panda in 40466 Chinese New Year Pandas, 40379 Valentine’s Bear and 40436 Lucky Cat were also posed sitting down, though they were all sat on the floor rather than in a wheelchair, making 40554 Jake Sully & his Avatar a unique set for the theme.