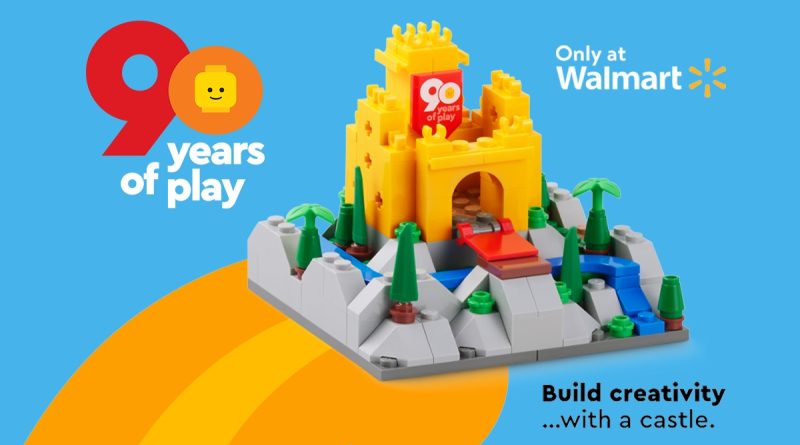 There’s at least one more 90th-anniversary LEGO set to get your hands on, as Walmart is currently giving away a microscale version of the 1978 classic 375 Castle.

Better known as the ‘yellow castle’, the retro set was the very first of its kind released by the LEGO Group, and is referenced in this summer’s flagship 90th-anniversary set 10305 Lion Knights’ Castle. This mini rendition upgrades the surroundings of the original model, which sits only on a green baseplate, by adding rocky terrain, trees and a moat.

You’ll need to spend at least $50 on LEGO sets at Walmart to get your hands on the free gift, which can be claimed by uploading your receipt to the retailer’s website. The full list of qualifying products can be found here, but it’s basically every single LEGO set Walmart currently sells. You’ll need to make your purchase by August 24 and upload your receipt by August 31 to take advantage.

The promotional material for the 90th-anniversary castle suggests it’s only available at Walmart in the US, but that’s not to say it won’t come to retailers in other countries somewhere down the line. For the moment, though, you’ll need to turn to the secondary market to get your hands on a complete 90th-anniversary collection outside the US.