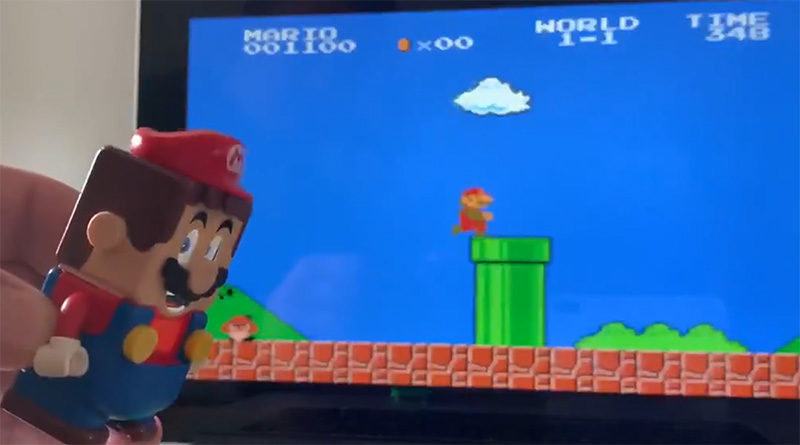 It was never going to take long for people to start hacking LEGO Mario, with one fan using the blocky figure as a controller for Super Mario Bros.

A Super Mario fan has written code that allows him to play Super Mario Bros. using LEGO Mario as the controller. The interactive figure is at the heart of the new video game inspired theme and comes in 71360 Adventures with Mario Starter Course.

Rick shared a video on Twitter that shows him using Mario to control the 8 bit version of the character in the classic game, telling him when to run, when to jump and when to land on an enemy. He has managed to make Mario work in this way on a laptop.

It’s an ingenious use of the new LEGO Mario and is unlikely to be the last, given how many talented coders have repurposes previous electronic LEGO products.

For those who are not quite ready to code Mario to play Super Mario Bros., 71374 Nintendo Entertainment System at least allows for make believe play with the beloved console and an 8 bit LEGO Mario.