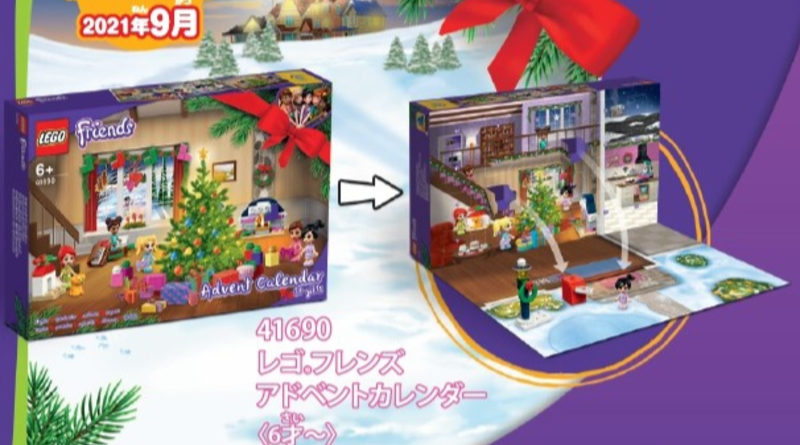 The LEGO Friends Advent Calendar for 2021 joins the other seasonal sets with new micro-dolls and builds in a festive display that has been revealed thanks to a Japanese catalogue.

Following on from the reveals of CITY, Marvel, Star Wars and Harry Potter, the fifth Advent Calendar for 2021 has been revealed, making this a record-breaking year for the annual models. Unfortunately, the Japanese catalogue hasn’t given this set quite the same attention as the other seasonal sets, but we can still get our first look at the contents and what to expect.

Those wanting to keep the builds a surprise might want to click away, but fortunately, the provided images do not reveal everything that will be found inside.

What we can see is that the cardboard base for this year will be themed to the exterior and interior of a house with builds likely intended to decorate and inside and outside for the Holiday season. Instead of including the usual exclusive mini-dolls, the Friends have been switched out for micro-doll children. However, at least one of them appears to be a younger version of Mia.

At least four builds can be seen in the catalogue such as a pair of houses, a post box and a decorative lamp post and it seems to assume that the others will be themed to toys and furniture counting down to the big day.

This is the fifth 2021 Advent Calendar alongside those for CITY, Marvel, Star Wars and Harry Potter. The latter is the only one to be listed on the official online store currently, but it’s safe to assume the others will follow before their likely release in September, as the catalogue indicates.