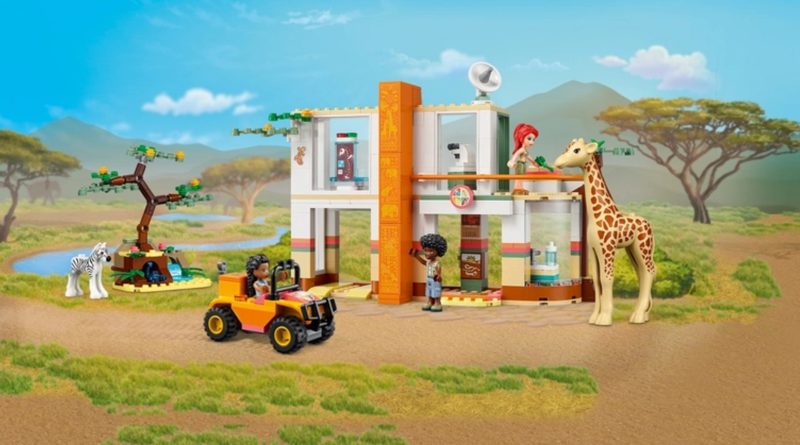 LEGO Friends introduces a new giraffe element later this year, expanding the selection of LEGO animals without the need for brick-built creatures.

Out of the summer 2022 LEGO Friends sets which were recently revealed, 41717 Mia’s Wildlife Rescue stands out in that it features a new giraffe brick, an animal that in previous System sets was only represented using multiple pieces.

It appears that the brick-built giraffe in 31116 Safari Wildlife Tree House may have inadvertently been a teaser for things to come, as soon you’ll be able to add a specially-moulded version of the LEGO animal to your savannah, zoo or whatever else you might have in mind.

The piece appears exclusively in 41717 Mia’s Wildlife Rescue, which is listed as €49.99 for 430 pieces. The stylised LEGO Friends eyes are included on the piece, but we can imagine this potentially being adopted with classic LEGO eyes later down the line. Also featured in the set is a Zebra foal.

It should pair well with the elephant introduced in LEGO CITY 2021 sets such as 60307 Wildlife Rescue Camp as well as the Lion from the same subtheme of sets.

According to the original retailer, 41717 Mia’s Wildlife Rescue will release on May 31, but it may be that June 1 is a more likely launch date. Official confirmation is still pending.