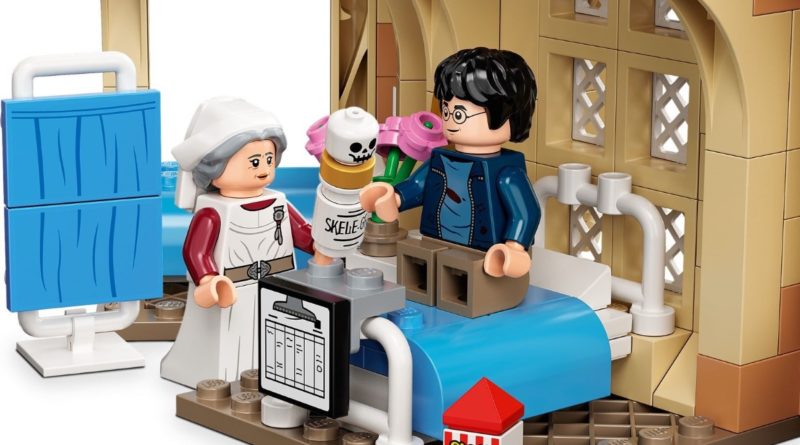 The first 2022 sets for LEGO Harry Potter have just launched on the official online store, including a room rarely seen in 20 years of the theme.

March 1 has arrived and with it comes a brand new range of LEGO builds for all kinds of themes from Star Wars to Technic, Friends and more. The Wizarding World is one such line that expands today with the addition of the following four builds to the magical menagerie of models:

The hospital wing of Hogwarts has rarely been represented in LEGO Harry Potter sets with the most recent appearance of the area before today being in 75948 Hogwarts Clock Tower with a small representation of the medical room. However, it now has a fully-fledged creation with a brand new minifigure.

76398 Hogwarts Hospital Wing features the first minifigure of Madam Poppy Pomfrey as well as plenty of accessories to heal the students of Hogwarts including Skele-gro complete with a miniature skull on the bottle.

For those who would prefer a customisable LEGO Harry Potter experience, 76399 Hogwarts Magical Trunk features all kinds of options for making student minifigures and a case that can be coloured according to your house, be it Hufflepuff, Slytherin, Gryffindor or Ravenclaw. Exclusive and rare prints are also included in the set such as the Marauder’s Map.