This year’s first exclusive set for Inside Tour attendees has been revealed as 4000025 LEGO Ferguson Tractor by Zusammengebaut, thanks to attendees Andreas and Felix Schmidbauer.

The LEGO Group didn’t always make interlocking plastic bricks – in fact, some of its earliest products were wooden toys. But in the late 1940s and early 1950s, it made the move towards plastic toys, and the original Ferguson tractor was the company’s first success with plastic moulding in 1951. 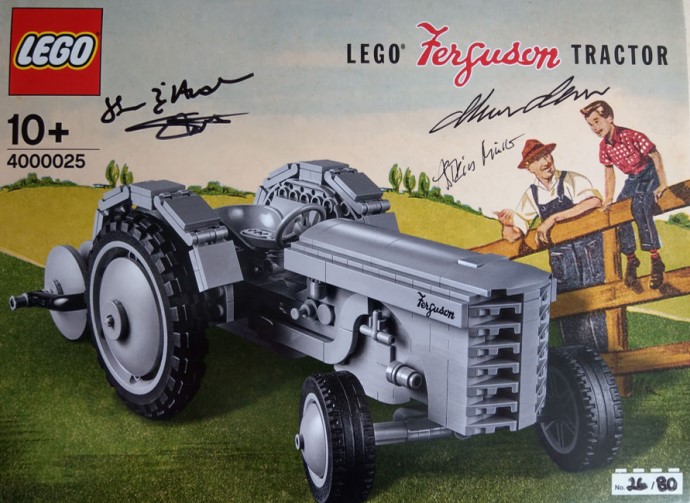 That was likely a relief for Ole Kirk Kristiansen, who’d purchased the LEGO Group’s first moulding machine five years earlier. After all, the tractor represented a serious investment for the company, and needed to sell well in order to recoup those mammoth costs.

The Inside Tour sets often focus on the LEGO Group’s history, such as 2009’s Ole Kirk’s House and 2015’s 4000020 H.C. Andersen’s Clumsy Hans, so as a subject choice it makes perfect sense. Unfortunately, it will also cost collectors a pretty penny on the aftermarket, if any even show up for sale, as like all Inside Tour sets the number is extremely limited – in this case, only 80 copies have been produced.

While there are still two more Inside Tours to come in 2018, there will be a different set given to those attendees, according to Brickset.