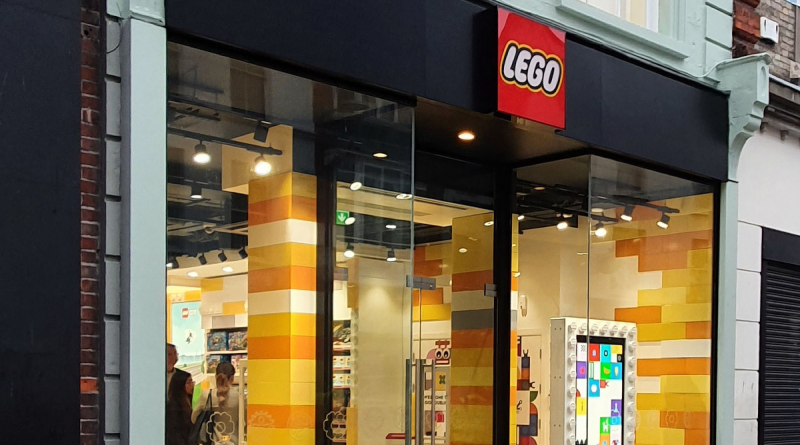 The LEGO Group has opened a LEGO brand store in Dublin, Ireland – bringing official LEGO stores to the Emerald Isle for the first time.

For several years, LEGO fans around the world have been able to buy products from dedicated brick-and-mortar LEGO stores. They’re a great way to see major new releases in person, and make use of exclusive services like Build a Minifigure stations. Younger LEGO fans can also enjoy in-store events from time to time.

Now Irish LEGO fans (or at least those in the Dublin area) can sample these delights for themselves. A LEGO store has opened on Dublin’s Grafton Street, with plenty for LEGO fans to enjoy.

Initial pictures from Brickset suggest a unique shopping experience – even by the standards of LEGO stores. The premises are unusually long and narrow, in contrast to the wider floor space of your typical LEGO store.

There’s also plenty of Irish flavour to the décor. A large LEGO model of the local Poolbeg Lighthouse can be seen here, as can the distinctive stripy towers of a small, brick-built Poolbeg Generating Station. Both of these are local landmarks, and make it crystal-clear where you’re shopping.

The road to the store’s opening hasn’t been a completely smooth one. The traditional décor of LEGO stores drew objections from Dublin’s planning authority. They felt it would clash with the existing architecture, and set an unwelcome precedent for other shops in the area.

Still, these clearly haven’t been insurmountable obstacles. If you’re in the Dublin area, now is the perfect time to expand your LEGO collection.