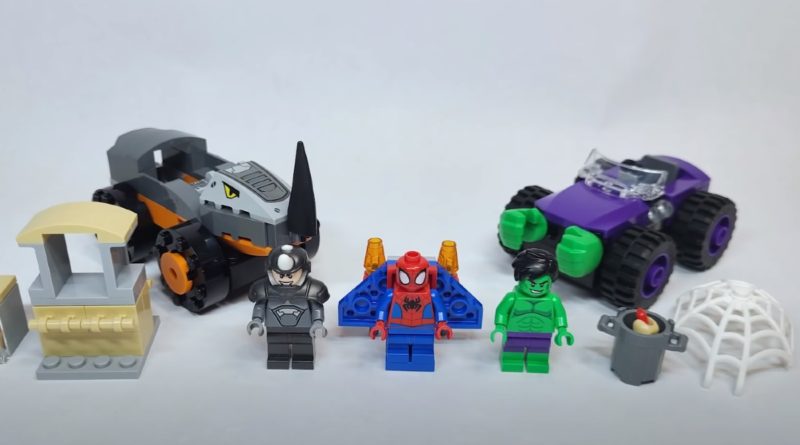 Another upcoming LEGO Marvel Spider-Man 2022 set has been reviewed early, giving us a first look at the new Rhino and Hulk minifigures.

The new range of LEGO Spidey and his Amazing Friends sets are scheduled to launch on January 1, including the most comic-accurate minifigure of Rhino yet with a brand new piece to represent his animal appearance.

LEGO 10782 Hulk vs. Rhino Truck Showdown has been found early at Master Mind Toys, a toy retailer in Canada, by YouTuber Ashnflash who has now reviewed the model before its release date, allowing us to take a closer look before it is widely available.

LEGO Marvel 10782 Hulk vs. Rhino Truck Showdown includes three minifigures of Rhino, Hulk and Spider-Man with appearances inspired by the children’s TV show. Despite this, the characters resemble their comic book counterparts. Two vehicles are also featured as well as smaller builds to represent a bank and a red and blue glider.

“It is 4+, it is based on the show so it is very simplistic but I love this helmet and neck attachment piece that the LEGO designers have created,” noted Ashnflash “It looks great, the top horn is a little too tiny but it looks awesome, I love it in gunmetal grey.”

LEGO Marvel 10782 Hulk vs. Rhino Truck Showdown and the three other Spidey and his Amazing Friends sets will be available from January 1 on the official online store. 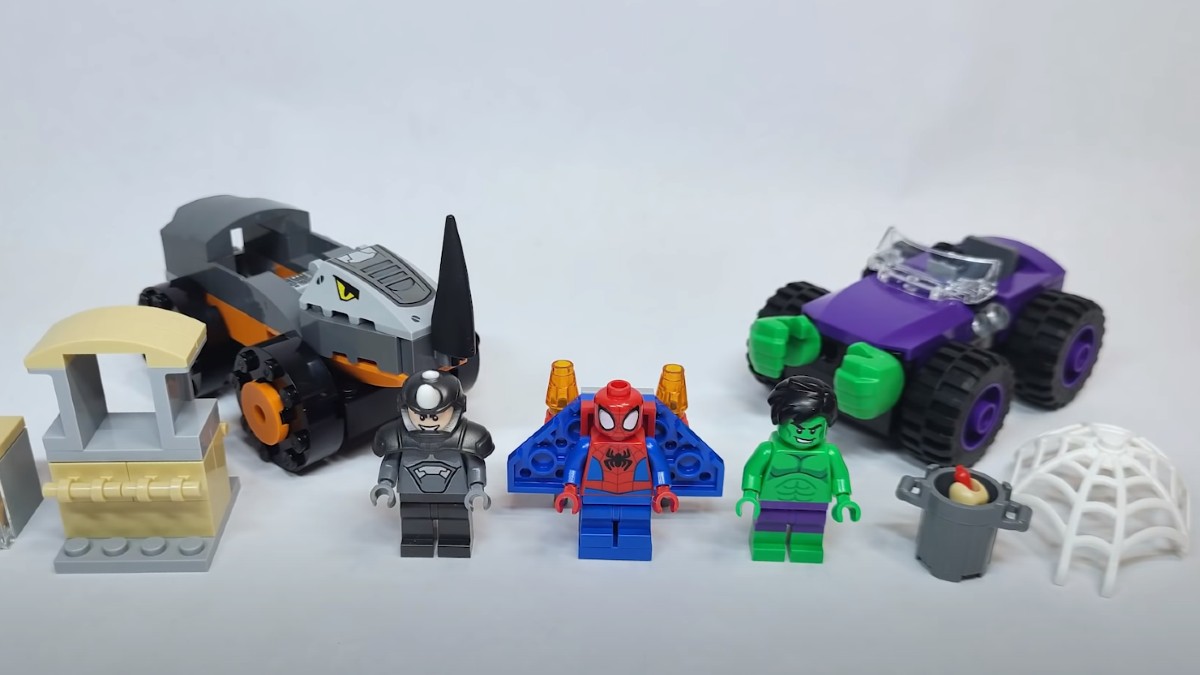