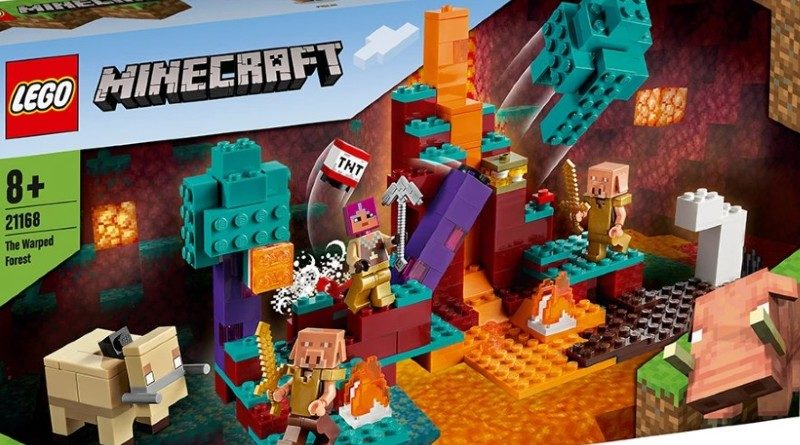 LEGO Minecraft fans can now get a closer look at an upcoming 2021 set as someone has found 21168 The Warped Forest in the wild.

The ever-expanding world of LEGO Minecraft will see two new sets arrive this March as 21168 The Warped Forest and 21169 The First Adventure recreate two unique parts of the Minecraft franchise. The former, which highlights the newly-updated Nether dimension, has now been reviewed by a LEGO YouTuber.

JBBrickFanatic found the model at a Meijer store, along with the Raya and the Last Dragon range. Thankfully, he’s granted us a closer look at the build as well as the new and exclusive minifigures.

21168 The Warped Forest presents one of the new biomes that can be found in the updated Nether dimension and is the only set to showcase the new features of the most recent Minecraft update. As part of the update, new creatures were added to the game with the Hoglin and Piglin, both of which appear in the set. A unique player minifigure is also included with pink hair and golden armour.

The main build itself presents a portion of the warped forest biome, with features such as exploding trees and a flowing lava waterfall. The bright colours of the trees are sure to liven up any Nether display while the Piglin minifigures offer a new head element. 21168 The Warped Forest will release in March with 287 pieces.