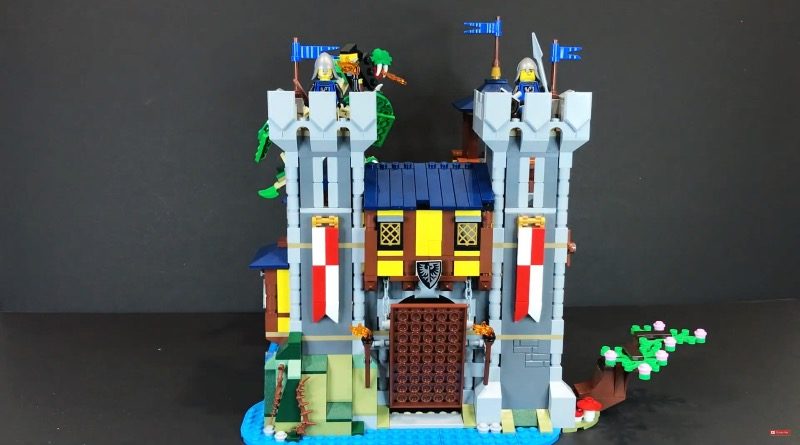 Reviews of this summer’s LEGO Creator sets are starting to pop up online, giving us a closer look at the return of a classic theme in 31120 Medieval Castle.

YouTuber SwiftBricks has published an early review of the June release, which looks to do for the LEGO Group’s classic Castle theme what last year’s 31109 Pirate Ship did for Pirates. In a nutshell: bring it into 2021 in a way that doesn’t involve launching an entire wave of sets, which LEGO Ideas Design Manager Sam Johnson says can be counterproductive.

In fact, Creator 3-in-1 is apparently the new home of those classic product lines, which we’ve also already seen borne out in Space-themed sets like 31107 Space Rover Explorer and 31115 Space Mining Mech. So too is Castle now about to join the range of multi-builds with 31120 Medieval Castle, which lands on shelves next month.

You can check out SwiftBricks’ review in full by hitting play on the video above, but the YouTuber is very impressed by the LEGO Group’s return to Castle, which can either be opened up into a horizontal display or closed into a compact fortress.

“I believe that this here is the best castle I’ve seen in a long time that is not from Harry Potter,” SwiftBricks says. “It looks beautiful. The building is actually smaller than I thought, but the smaller that it is the better because it’ll be easier to display on shelves.”

31120 Medieval Castle is due to launch alongside the rest of this summer’s Creator 3-in-1 sets on June 1. You can support the work that Brick Fanatics does by grabbing your copy (when it launches!) using our affiliate links. Thank you!