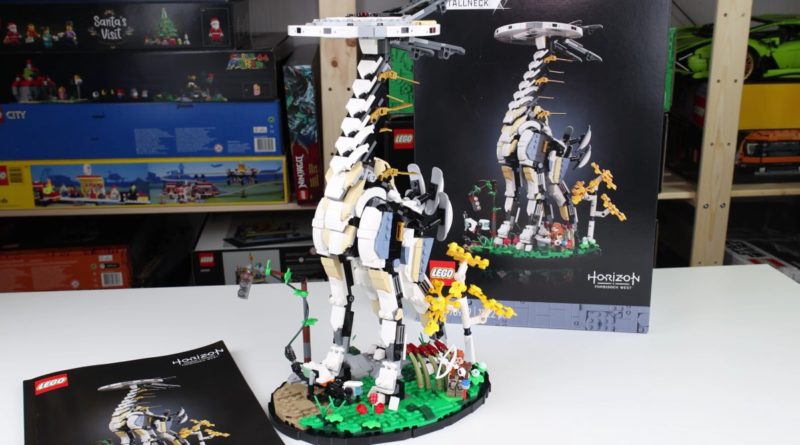 Early reviews of the LEGO for Adults 76989 Horizon Forbidden West: Tallneck have surfaced, offering a first look at the game-based build.

Klemmbausteinlyrik has uploaded a review of 76989 Horizon Forbidden West: Tallneck. Note that the video is not in English, but it should still provide a good look at the model ahead of its May 1 release date, including that exclusive Aloy minifigure.

76989 Horizon Forbidden West: Tallneck is based on the huge creature-like machine from the game of the same name, including one Tallneck, one Watcher, a small segment of land with a rusted traffic light and tree as well as a minifigure for Aloy, the playable character in Horizon Forbidden West

Aloy is represented in LEGO with an exclusive hairpiece, though official images only showcased a few angles of the minifigure that revealed dual-moulding on the hair element. This first look showcases that the transparent light blue part acts as the holographic ring for the focus, which is printed on the minifigure head.