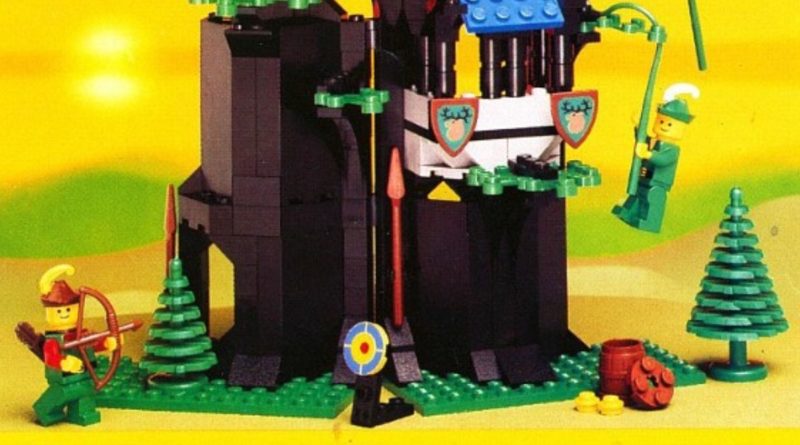 Rumours suggest that a gift-with-purchase remake of 6054 Forestman’s Hideout is on the way, but what other classic LEGO sets could be made into a GWP?

It’s certainly exciting to hear that the LEGO Group could be planning several classic set revivals as part of the company’s 90th anniversary celebrations. But with so many to choose from, there’s always going to be a few disappointed fans out there.

Listed below are five legendary sets that we believe are solid candidates to become a gift-with-purchase in the future.

The LEGO Paradisa theme added glamour to proceedings in the early ’90s, depicting idyllic beach and countryside scenes using a unique palette of pastel shades. It did go out of fashion quite quickly, but several LEGO Friends sets have picked up the baton in recent years to provide some poolside fun.

A faithful remake of 6416 Poolside Paradise would certainly stand out alongside existing current LEGO sets due its retro colour scheme and moulded baseplate. That huge element would likely not return, but it’d be interesting to see how the LEGO Group might work around it.

The Time Cruisers theme didn’t quite hit the mark first time round and quickly faded into the background in the late ’90s. However, 1853 Hypno Cruiser is a quirky member of the LEGO product family that could prove popular if it was to be reimagined as a gift-with-purchase. After all, the diverse range of LEGO elements included in 1853 Hypno Cruiser could make it possible for LEGO enthusiasts to add some retro parts to their collection.

This 1985 set allows builders to create the quintessential LEGO house. The blue, red and yellow pieces are so typical of LEGO sets from that era and 6370 Weekend Home still looks inviting 37 years later. Updated with some more sophisticated aesthetics and play features, this vintage set could quite easily be reinvented to grace any modern LEGO city.

This set is based on ‘fictional’ desert adventurer Johnny Thunder (not to be confused with Indiana Jones of course), an intrepid explorer who spends his days uncovering the secrets that lie within the tombs of Ancient Egypt.

The snakes and scorpions included with 3772 Treasure Tomb were a bit of a novelty back in 1998 and the Skeleton Pharaoh minifigure still looks awesome to this day. It would be fantastic to see Johnny make a return in a brand new set.

The Western theme is certainly worth revisiting, and this 1996 set is a special one. It’s amazing that so much detail and playability can be created using just 158 pieces. The four minifigures featured in 6755 Sheriff’s Lock-Up all warrant a return too – especially the jailbreaking bandit and the sheriff himself.

Let us know in the comments which classic LEGO set gets your vote, or if there’s another you’d love to see return as a future gift-with-purchase.