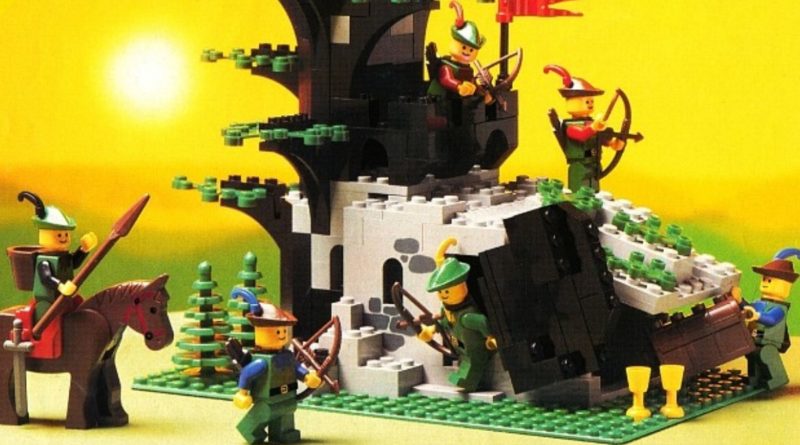 New details of a previously rumoured second LEGO Classic Castle set have now been revealed as a potential gift-with-purchase.

We previously reported that the LEGO group may be releasing a second LEGO Castle set this year to celebrate the company’s 90th anniversary. The set is said to be based on the classic Forestmen subtheme, with LEGO fan website Wooden Duck recently posting images of a catalogue spread featuring various models, including 6054 Forestmen’s Hideout.

Now Promobricks is reporting that not only could we see the release of a second LEGO Castle set very soon, but that it may be a gift-with-purchase. Details revealed by the site state that 40567 Forestmen’s Hideout will be a remake of the original set, which consisted of 201 pieces and included two Forestmen minifigures with accessories.

However, instead of simply being a piece-for-piece remake of the original 6054 Forestmen’s Hideout, the new set is said to feature a variety of different elements and colours for an updated design. For starters, the tree may not look as angular, with black pieces replacing brown and individual leaf elements added on top.

Likewise, the treehouse is said to use four blue 1×8 tiles for its roof and grey masonry bricks have been used to construct the walls of the hideout. An archery target is reported to be included once again, with two new Forestmen minifgures armed with bows.

However, what’s most intriguing about the report is that it reveals 40567 Forestmen’s Hideout may be a gift-with-purchase set, available from June 15 with orders of €150 and over. This would mean the promotional model could release before its rumoured companion set, 10305 Lion King’s Castle, acting as more of a teaser for the larger set.

There has been no confirmation to date from the LEGO Group regarding a potential release for 40567 Forestmen’s Hideout, so do treat this report with caution for now.