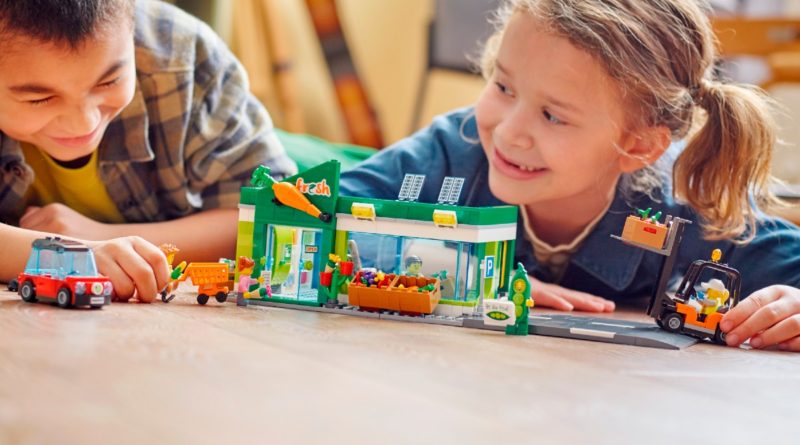 The summer 2022 waves of LEGO sets include plenty of new pieces, from specific elements to fresh concepts to make you rethink your collection.

Within the dozens of upcoming summer 2022 builds, pieces ranging from specific bricks to the more diverse options for custom models and minifigures can be found, and we’ve picked out five that you might want to take a look at before you plan your next purchase.

Technically this is four new bricks, but it only feels right to lump the four Golden Weapons together. When NINJAGO started, only the Sword of Fire and Shurikens of Ice featured specialised elements. The rest were made up of existing pearl gold bricks.

However, that changes later this year as all four weapons now have a brand new piece. Of course, they can be combined with the old versions too depending on which version you prefer. All four are included in 71774 Lloyd’s Golden Ultra Dragon and 71771 The Crystal King Temple.

LEGO DOTS is introducing two new elements this summer, though one is a more innovative concept for the LEGO Group than the other. The adhesive patches featured in 41954 Adhesive Patch and 41957 Adhesive Patches Mega Pack can be decorated as with any element, though with the addition of a peelable layer on the back before applying it to a surface of your choice.

The strength of these patches has yet to be seen, though they could offer an all-new way to decorate the walls and shelves around your LEGO collection.

LEGO CITY Stuntz is also introducing a new concept this summer with the debut of loops, designed for the motorbikes to travel around into whatever obstacle is next.

These transparent elements appear to be made up of curved sections and a ramp for the loop itself, with what looks to be rubber grips at the base and Technic pins holding them together.

Featured in 60347 Grocery Store is the first minifigure prosthetic leg, designed to function exactly the same as the other variety of minifigure legs.

It’s a small but powerful inclusion in the LEGO CITY model, acting as another step towards the promised diversity, which also appears to also include NINJAGO and Friends in summer 2022.

31132 Viking Ship and the Midgard Serpent might have excited you most thanks to the return of LEGO Vikings in the new Creator model, though the four included minifigures include a new element that might be useful for custom minifigures.

A winged headdress with a strand of hair passing over the front of the torso makes up the fresh element and it can be found in 31132 Viking Ship and the Midgard Serpent.