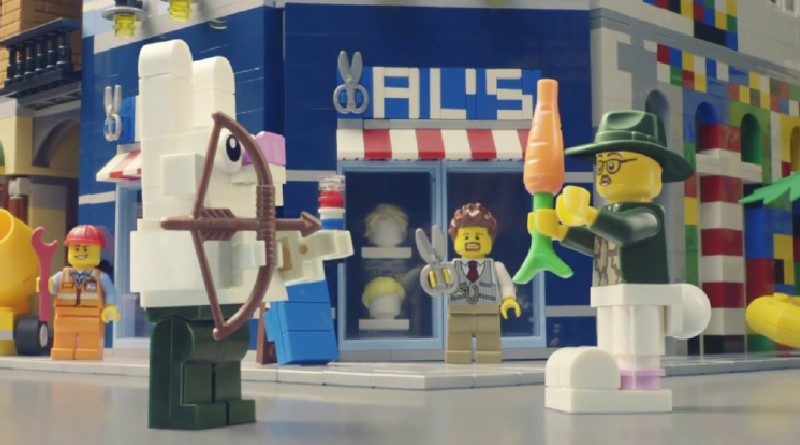 LEGO adverts tend to stand out from the crowd for their massive brick-built displays, experimental ideas and heart-warming stories, so we’ve found five that do more than just sell the product.

Over the LEGO group’s 88 years of life, the company has seen the production of many TV and film projects from blockbuster movies to multi-season series such as NINJAGO, but all pale in importance to that of the simple advert.

As one of the primary methods of marketing their sets, a LEGO advert must be of similar quality to that of the models, in that only the best is good enough. We’ve compiled five of our favourites for you to watch, remember and appreciate for the masterpieces they are.

Starting the list strong is one of the more recent videos produced by the LEGO Group and one that has gone on to win awards for its production design. Rebuild the Word kicked off the campaign of the same name at the end of 2019 in what was supposed to be a year of bringing people together to build, rebuild and experiment. Unfortunately, 2020 didn’t quite go as planned.

Nevertheless, the advert remains impressive for its dedication to recreating brick-built models in real life as well as the cinema-quality visuals. It’s fair to say we’d watch a whole movie based on this same concept.

A more obscure entry is next with Zack the LEGO Maniac, with the accompanying 80s tune remaining just as catchy to this day. Zack is the aforementioned LEGO Maniac, someone who was such a fan of the bricks that he had a whole song that spontaneously played when he entered a room.

This character might not be the most well-known in the LEGO Group’s portfolio, but he was popular enough to receive a minifigure at the 2016 LEGO Brand Retail Managers Conference.

3 – A man has fallen into the river in LEGO City

We simply had to include this advert with how well known it has become. If you hadn’t heard, this LEGO City advert became quite popular with the internet at the start of 2020, with the idea being to twist the advert to be as nonsensical as possible.

Looking at the original itself though, it’s still a great representative of the LEGO City adverts that all used the iconic ‘Hey!’ to get the audience’s attention. The massive model displays have likely engrained themselves into your mind if you’ve seen even one of these classic advertisements.

Released in 2014, this entry remains one of the LEGO Group’s most viewed on YouTube, and while it may not seem too different from most other campaigns at first, it stands out for a very good reason.

Inspire Imagination and Keep Building was an attempt to toss aside the notion that bricks were mainly for boys and launched to motivate young girls to pick up their bricks and get creative, all while keeping away from potential gender clichés in its content. Something that has seemingly become more important to the LEGO Group to this day with sets such as 40450 Amelia Earhart Tribute and 21312 Women of NASA.

Another modern member of the Rebuild the World campaign tops the list with the 2020 Holiday season advert. This video is similar in concept to the initial creative endeavour for the campaign, which you can watch at the fifth spot, but it added a musical element that made it even more memorable.

One exciting aspect of this advertisement was that it combined multiple franchises in one video – with original LEGO characters and themes, such as Classic Space, sat alongside the likes of Star Wars and Marvel.