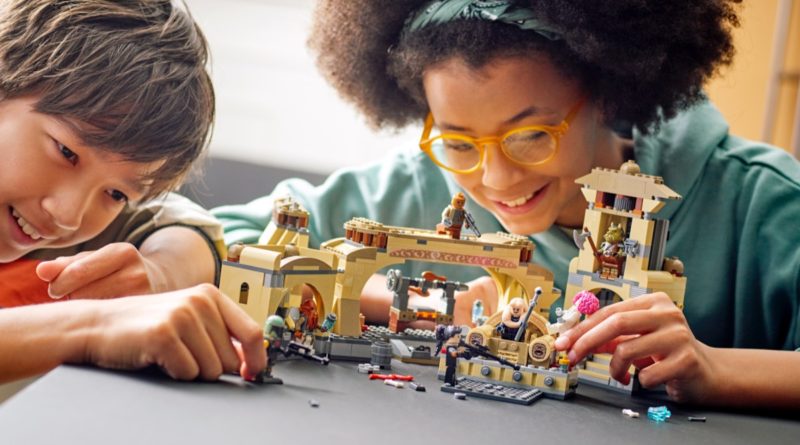 The rumoured appearance of 75347 TIE Bomber has led us to speculate about what else could make a comeback in the LEGO Star Wars theme.

A number of LEGO Star Wars rumours have popped up recently, with a new version of the TIE bomber (in 75347 TIE Bomber) reported for release next year. This Imperial ship has appeared in various Star Wars media including The Empire Strikes Back and Star Wars Rebels, but it’s been largely absent in LEGO form for several years.

Now, though, it could be making a comeback – and a few unidentified LEGO product numbers have got us thinking about other LEGO Star Wars sets we could see going forward.

This curious ship first appeared in Star Wars: Return of the Jedi, with scant appearances in other Star Wars media since then. Its wings form a rough cross shape when unfolded, although they can be collapsed once the ship has landed.

Several LEGO versions have appeared over the years, although 6208 B-wing Fighter may remain the best thanks to an included landing platform. Since both the B-wing and the TIE bomber appear in Return of the Jedi, they could make excellent bedfellows in the LEGO Star Wars range.

75337 AT-TE Walker was a pleasant surprise earlier this year, but it would benefit from a big new Separatist vehicle to fight. A Clone Wars-era MTT would provide this opponent, and fill a conspicuous gap in the LEGO Star Wars theme.

40531 Lars Family Homestead Kitchen was another welcome addition to the Star Wars theme this year. It introduced the very first Aunt Beru minifigure to the LEGO universe – although of course, it means that Owen Lars is conspicuous by his absence.

The Lars homestead is an unusual location in terms of layout, which may explain why it’s never been substantially modelled in LEGO form. However, now could be the time to approximate some of its locations – particularly as it makes a brief appearance in the Obi-Wan Kenobi TV show.

The Book of Boba Fett sees our favourite bounty hunter move into Jabba the Hutt’s former palace – even if upstart Din Djarin soon steals his thunder. 75326 Boba Fett’s Throne Room is an impressive recreation of the palace’s main area, but there’s clearly room for expansion.

There are two obvious ways for a companion set to go here. One is Boba Fett’s private quarters, complete with bacta tank. This locale appears several times in the show, and could fit neatly atop the existing throne room set. The other option is to take a cue from the last version of the palace, and install a Rancor pit beneath it. A Rancor appears in The Book of Boba Fett, making its presence here a pertinent (and popular) choice.

The LEGO Group has served fans of The Empire Strikes Back well lately, with new versions of the AT-AT, Hoth AT-ST and an attractive pair of new Hoth Battle Packs. However, a new version of Echo Base hasn’t substantially appeared in the theme for several years. The last example was 75241 Action Battle Echo Base Defence, in 2019: an impressive playset, albeit one with a limited audience.

As such, the time is clearly ripe for a new version of Echo Base to make an appearance. We don’t need a new UCS version of the hideout, but a suggestion of the hangar and/or medical bay would be greatly appreciated.

All of this is speculation until the LEGO Group formally announces the 2023 LEGO Star Wars lineup. But with the end of the year fast approaching, we’re sure more product announcements aren’t too far off.