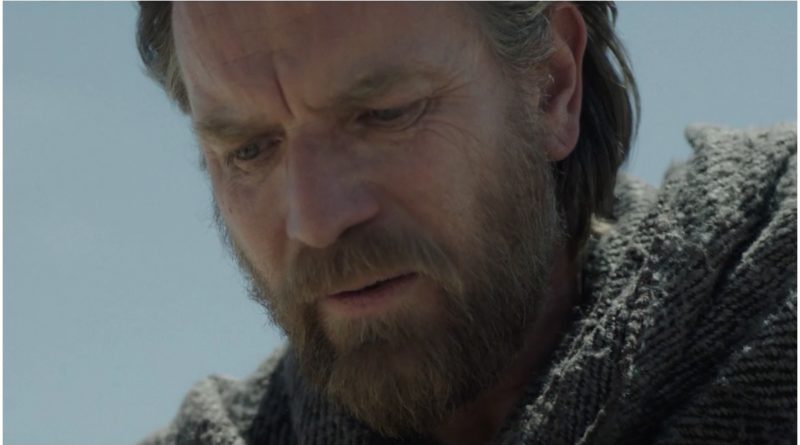 The launch of the new Obi-Wan Kenobi teaser trailer has inspired some speculation around LEGO sets we could get as a result.

Yesterday, the official Star Wars Youtube channel released the first trailer for the Obi-Wan Kenobi limited series. A new piece of Star Wars media starring Ewan McGregor has been long anticipated, with this series following Obi-Wan 10 years after Revenge of the Sith. The show seems poised to take in a mix of old and new locations, and other prequel-trilogy actors (like Anakin Skywalker actor Hayden Christiansen) are due to reprise their roles as well.

All of Star Wars’ Disney+ content has received some LEGO tie-in sets, and it seems likely Obi-Wan Kenobi will be the same. As such, here’s five scenes we could see in LEGO form.

The opening shots of the trailer show Obi-Wan keeping an eye on a young Luke Skywalker at the Lars moisture farm. While it’s an iconic part of Star Wars history, this location has been very rare in LEGO form. Versions of the homestead have appeared via LEGO sets, but only at very small scales. The promotional item 40451 Tatooine Homestead (released in 2021) is a recent example of this idea.

The unusual layout of the homestead may have precluded a more substantial version of it. However, given its importance to the overarching Star Wars story, this could be the time it makes a proper LEGO appearance.

By taking a close look at Star Wars’ past, the Disney+ Star Wars shows have given us many transitional designs. The Mandalorian and The Bad Batch, for instance, featured clear precursors to elements like the First Order troop transport and the Imperial stormtrooper helmet. That trick seems to have been pulled again, with an early version of Director Krennic’s shuttle.

The shuttle (and its owner) first appeared in Rogue One: A Star Wars Story, and another version of it debuts in the trailer. This shuttle retains the black bodywork and angular design of the Rogue One version (which received a LEGO version, 75156 Krennic’s Imperial Shuttle in 2016). However, its wings are much shorter this time around. A new version of the shuttle would be a sensible choice for the LEGO Star Wars theme, given the ubiquity of similar models in the range.

Now it appears they’ll be appearing in the Obi-Wan TV show as well. One shot shows an Imperial agent with the distinctive, circular hilt of an Inquisitor’s lightsaber. The Grand Inquisitor (a key Rebels character) also seemingly makes an appearance in the trailer, distinguished by his pale skin and red facial markings. As such we expect some to appear in LEGO form fairly soon, most likely in a confrontation with Obi-Wan himself.

While Tatooine makes several appearances in the trailer, a darker, more colourful cityscape appears here as well. Given Obi-Wan’s mission to protect Luke, it seems possible this is an area of Tatooine we haven’t really seen before. However, it could be a world we have yet to visit in the Star Wars universe.

Star Wars sets tend to focus on vehicles, although buildings and physical locations do receive at least cursory nods from time to time. With luck, a slice of this colourful cityscape will be recreated in LEGO form.

While Vader doesn’t appear in the Obi-Wan trailer (that shot above is from the Rogue One trailer) the shadow of him hangs over the series. Given his importance to the Star Wars story, a LEGO Darth Vader is never far away. However, the Obi-Wan series could give us a new interpretation of the character.

Vader’s external appearance isn’t something you can really tinker with, but we may receive a face print of Vader in his younger days. An earlier model, 75183 Darth Vader Transformation, provided us with this by depicting a post-surgery Vader with a more realistically-toned face. Given Hayden Christiansen is returning in some capacity for the show, there are some intriguing possibilities for LEGO sets going forwards.

No LEGO sets have been announced that directly connect to this new limited series. However, given the rapid appearance of sets like 75325 The Mandalorian’s N-1 Starfighter, we suspect any LEGO Obi-Wan sets (if they exist) will show up before long.