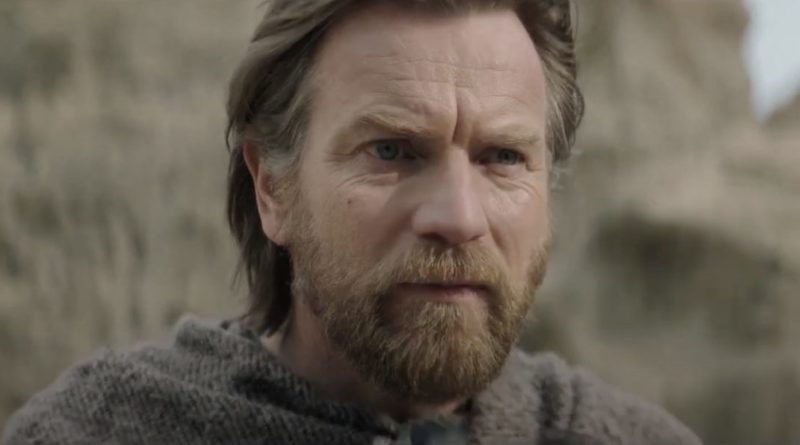 After many months of anticipation, Disney has now revealed a first teaser trailer for the upcoming Star Wars: Obi-Wan Kenobi limited series.

Following today’s earlier reveal of Entertainment Weekly’s latest cover, Disney has dropped a first look at the next Star Wars live-action show. Set to arrive on Disney+ on May 25, Star Wars: Obi-Wan Kenobi takes place after the events of Revenge of the Sith and tells the story of the former Jedi Master following the fall of the Republic.

The series stars Ewan McGregor as Obi-Wan Kenobi, Hayden Christensen as Anakin Skywalker/Darth Vader, Joel Edgerton as Owen Lars and Bonnie Piesse as Beru Lars. Although the teaser is brief, it’s packed with tantalising glimpses of all sorts of new characters, planets and ships.

One major star of the teaser trailer is Tatooine, the harsh desert planet where Obi-Wan makes his home and keeps an eye on young Luke Skywalker, also seen in the footage. We catch glimpses of Obi-Wan riding an Eopie, the classic Lars homestead from A New Hope, lethal Imperial Inquisitors, what appears to be the Grand Inquisitor and the fledgling Empire. The teaser trailer ends with the ominous breathing of Darth Vader and John Williams’ Duel of the Fates music.

Only one rumoured LEGO Star Wars: Obi-Wan Kenobi set has been reported so far, with a BrickHeadz two-pack of Obi-Wan Kenobi and Darth Vader said to be arriving in May. The LEGO Group has yet to confirm any such set, so treat this as speculation for now.