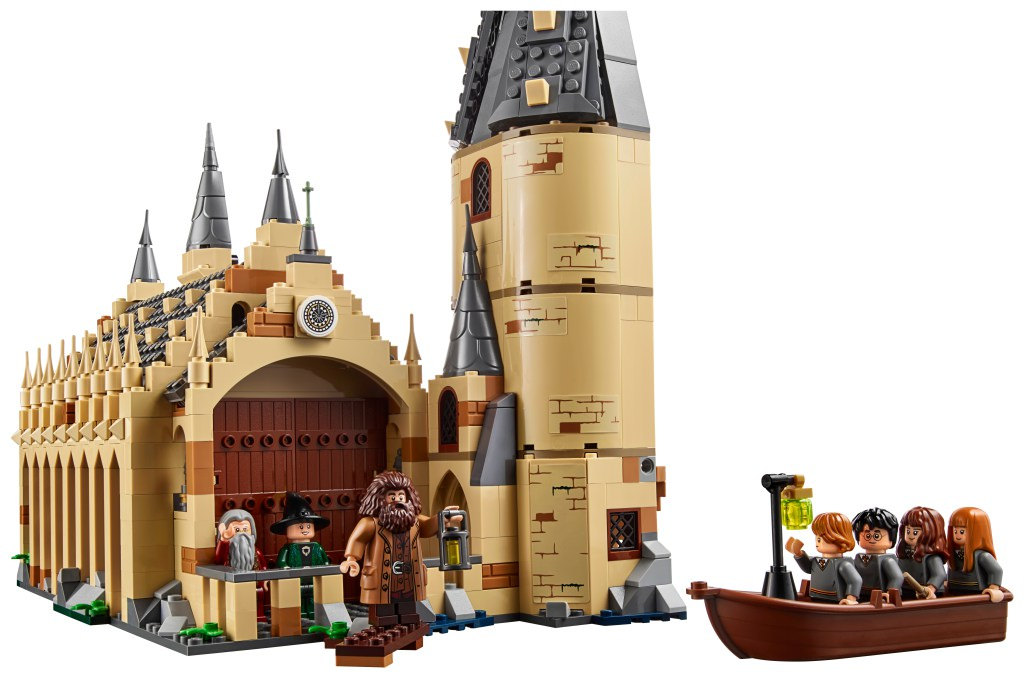 As the Toy Fair seasons draws to a close, what did the LEGO Group’s limited media showing in New York reveal to fans of the brick?

The LEGO Group’s presence at the three Toy Fair events this year – London, Nuremberg and New York – has been much more limited than in years past. In London, the LEGO Group did not turn up. In Nuremberg, media could not photograph anything new aside from a small handful of sets. In New York, a selection of new LEGO sets were available for the media to photograph. It is slim pickings though, as usually the entire summer range would have been revealed. That said, five things at New York Toy Fair were certainly of interest…

1. The new LEGO Jurassic World theme does not give a sense of déjà vu

There’s nothing nicer than turning out to be wrong when a lovely theme like this year’s Jurassic World: Fallen Kingdom comes along. Ignoring the Juniors sets, this is a nice, tight and varied theme that covers different ground to the original Jurassic World theme from 2015. As expected, there is a little repetition as a theme like this will always need heavy duty vehicles, but there is also a dinosaur enclosure, wrecked attraction and country house. The new Carnotaurus and Stygimoloch both look excellent, too. 2. Harry Potter is back in the brick

It is sometimes easy to forget that certain rumours have not been officially confirmed, and at New York Toy Fair the LEGO Group finally gave fans a first look at one of the new Wizarding World of Harry Potter sets. 75904 Hogwarts Great Hall looks to be an excellent rendition of the important location, and will please collectors more than a significantly scaled down entire Hogwarts would. Hopefully it will not be long before the LEGO Group reveals the rest of the sets and the Collectible Minifigures series. 3. The LEGO Group can’t keep up with Stark Industries

76105 The Hulkbuster: Ultron Edition looks awesome, packed with detail and a lovely display stand. What’s more, this exclusive set is actually affordable, and not in the £250-£350 price bracket, which is a very pleasant change of pace. But it is not from Avengers: Civil War, released this year, but 2014’s Avengers: Age of Ultron. There is nothing particularly wrong with that for fans of the franchise, it is just impressively out of kilter with the current Marvel releases. 4. Party time for the Collectible Minifigures

What is amazing about the LEGO Collectible Minifigures theme is that the introduction of special licensed series has only made the regular series even more exciting when they roll around. Series 18 is based on the concept that the characters are celebrating 40 years of the LEGO minifigure, which has been used an excuse by the designers to dress them up in all manner of costumes. Minifigures dressed up are always some of the popular in a series, and this series includes more than ever – Cactus Girl, Cowboy Costume Guy, Cat Costume Guy, Dragon Suit Guy, Elephant Girl… this series is going to be a smash hit. Seeing how the 75212 Kessel Run Millennium Falcon looks on the inside is interesting enough, but the real highlight of New York Toy Fair for LEGO Star Wars was getting a look at 75208 Yoda’s Hut. It is as big as such a set was ever going to be, includes Dagobah Luke and a dirtied up R2-D2. A few play features are thrown in too, making this a big improvement on 4502 X-wing Fighter. This really is a nice little treat based on the classic trilogy in the Star Wars line, that should prove popular with long term collectors.

What was your favourite reveal from New York Toy Fair? What are you most looking forward to being released during 2018? Share your thoughts in the comments below, on Facebook or on Twitter.