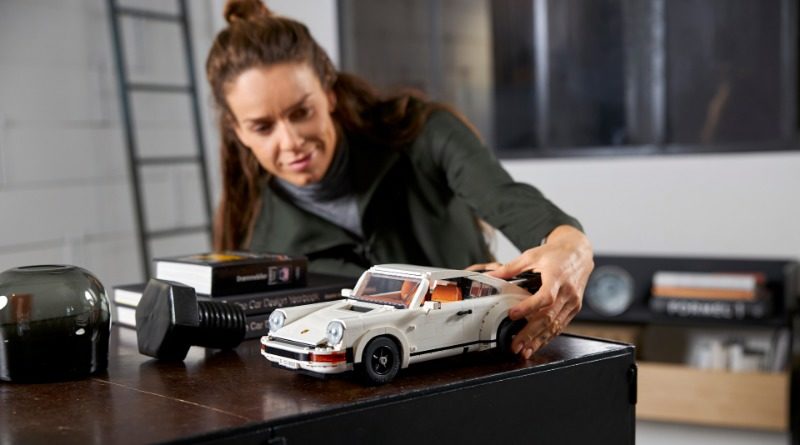 From the best way to display it to how the design team brought it to life, here’s everything you need to know about the brand new LEGO 10295 Porsche 911.

The theme formerly known as Creator Expert must be rivalling the world’s most renowned car collectors by now, with icons including the Ford Mustang, Volkswagen Beetle and Ferrari F40 under its belt. That growing stable of classic vehicles has now expanded to include a Porsche 911 – though given the number of Porsches already produced in the Speed Champions and Technic lines, it was probably only a matter of time.

That shouldn’t take away from this cool white and orange take on the much-loved motor, though. If you’re already weighing up whether to take the plunge on the newly-released set – which is now available exclusively to VIP members through LEGO.com, before going on wider sale on March 1 – or this is the first time you’re seeing the LEGO Group’s latest System ride, here’s five things you should know about 10295 Porsche 911.

A single copy of 10295 Porsche 911 gives you two options straight out of the box: you can either build a 911 Turbo or a 911 Targa. The former car is a coupe with a spoiler and fixed roof, while the latter version drops the spoiler and includes a removable roof, which you can store under the bonnet. Both cars also have different alloys depending on which you choose to build. But remember, you can’t construct both at the same time – unless you buy two sets, that is. And who could blame you?

4 – It sits best with other Creator Expert cars

YouTuber Brick Depot has published a size comparison of 10295 Porsche 911 next to 2019’s 10265 Ford Mustang and two Technic Porsches: 42096 Porsche 911 RSR and 42056 Porsche 911 GT3 RS. Those two models understandably dwarf their Creator Expert brethren, but the new 911 sits very nicely with the Mustang – even if the System cars don’t all share the exact same scale. Of course, a display of increasingly bigger Porsche 911s is always an option too…

When the LEGO Group first unveiled 10295 Porsche 911, it also announced that early adopters would receive a limited-edition Porsche owners’ pack. Unfortunately, the gift-with-purchase has proven to be incredibly limited: it sold out in the UK half an hour before the set’s planned February 16 launch date, and was cancelled for the North American market altogether. Those who did manage to snap up the promo are naturally having a field day on eBay.

2 – It took three designers to bring it to life

In a surprisingly candid designer video, Mike Psiaki, Carl Merriam and Yoel Mazur revealed how they all played a part in bringing 10295 Porsche 911 to shelves. The idea was originally Carl’s, but he soon found himself at a loss when trying to finalise the model, so Mike hopped back in to polish it off. Yet even he couldn’t crack the Porsche’s smooth curves without turning to Element Designer Yoel, who came up with two new pieces to give the 911 its crowning touch: a 5×5 quarter circle for the wheel arches, and a triple bow for the rear bodywork.

10295 Porsche 911 is available now at LEGO.com. You can support the work Brick Fanatics does by ordering yours using any one of our affiliate links.