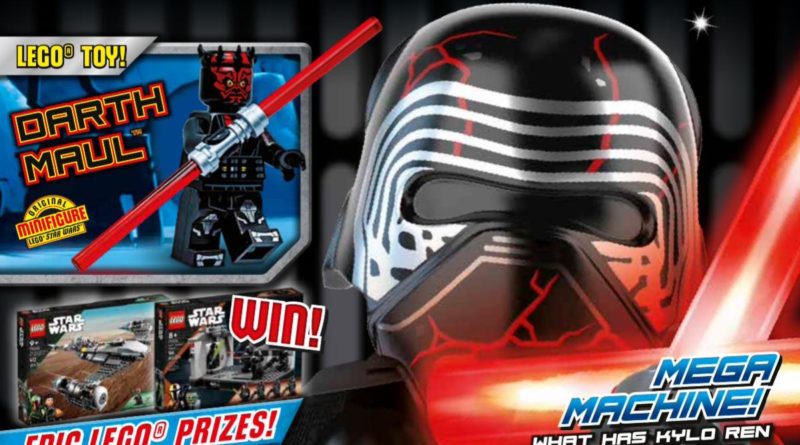 Issue 85 of the official LEGO Star Wars magazine is out now in the UK, offering a cheaper way to get your hands on a Darth Maul minifigure.

The Maul in question (who’s technically lost the Darth title by this point) is based on his appearance in The Clone Wars, and can otherwise be found in last summer’s 75310 Duel on Mandalore. That set is already pretty cheap, retailing for just £17.99, but if you’ve already got Ahsoka – say, from 2020’s 75283 Armored Assault Tank (AAT) – this is a more cost-effective way to grab Maul by himself.

That’s because the LEGO Star Wars magazine retails for only £4.25, which is also cheaper than picking up the minifigure on BrickLink, and with far less hassle. Walk into any good supermarket or newsagent and you should spot Issue 85, which features a massive print of Kylo Ren as its cover star. (Maul is there too, and not just in his foil bag.)

The minifigure also comes complete with his double-bladed red lightsaber, which you won’t get buying it solo on BrickLink. All in all, a pretty good deal – especially if you’ve got any younger LEGO fans in your life to pass the mag on to, because as usual it’s chock full of puzzles, activities, comics and posters.

Next month’s LEGO Star Wars magazine keeps the minifigure ball rolling with a Mandalorian Loyalist, currently only otherwise available in 75316 Mandalorian Starfighter. That one will hit shelves in August in the UK.