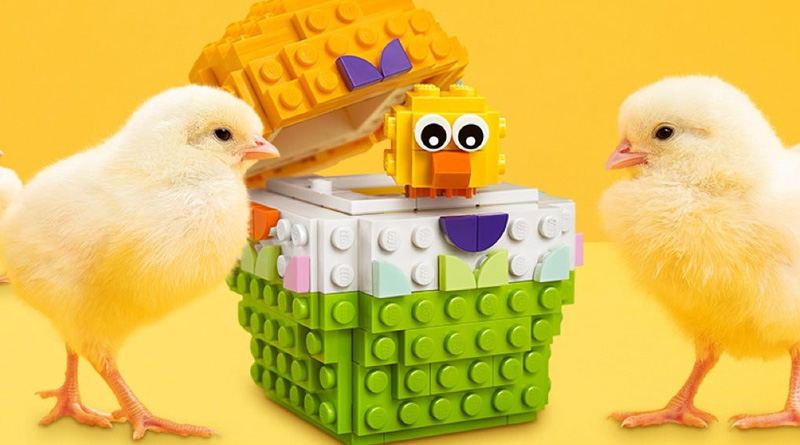 The latest exclusive seasonal set, LEGO 40371 Customisable Easter Egg, is free with orders at LEGO.com totalling £55 or more. Given that all of the LEGO Stores outside of China are currently closed, the deal is only available online.

A few days ago a double VIP points deal launched, so fans can get twice the usual points while also getting the set for free. Points equate to approximately 5% of the total spend back in gift vouchers to use on a future purchase.

40371 Customisable Easter Egg looks to have been inspired by the LEGO DOTS theme, with a blocky studs-not-on-top egg built and 1×1 tiles to be added to it. A tiny stylised buildable chick is included, too.

The promotion will run until April 13, unless stock runs out before then.