The LEGOLAND Windsor Resort has just announced a new attraction for 2019, the Haunted House Monster Party.

Next Spring, a significant new attraction will launch at the LEGOLAND Windsor Resort, bringing some spooky goings-on to the long running theme park. The Haunted House Monster Party will see a creepy house appear at the destination, but what goes on inside will be focussed on the fun.
Here is the official description from the LEGOLAND team:

Guests will be invited to join the frightfully friendly Vampire for a monster party at his spooky new haunted home to celebrate his arrival in the LEGOLAND neighbourhood. Young party guests will be greeted by joke-telling LEGO gargoyles and talking statues, LEGO bunting, banners and balloons.

Inside Vampire’s haunted house, families will take their seats at a banquet table in a magnificent decorated hall, brimming with ghastly monster party food, cauldrons, potion bottles and goblets each made up of hundreds of LEGO bricks. Once sitting comfortably, Vampire will reveal his magical party trick, which will bring the banquet hall swinging to life, turning the room upside down and transforming before his party goers very eyes.

With the impressive technology used in LEGO NINJAGO: The Ride, guests will be eager to see how the Merlin Magic Making crew is going to top it with this new experience. More details will be revealed as the year goes on. 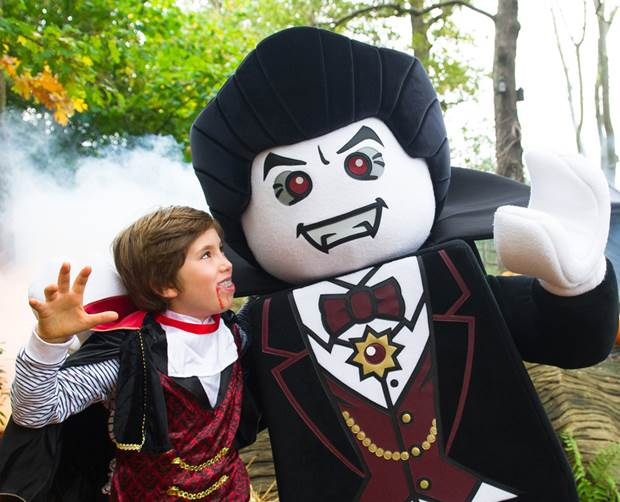