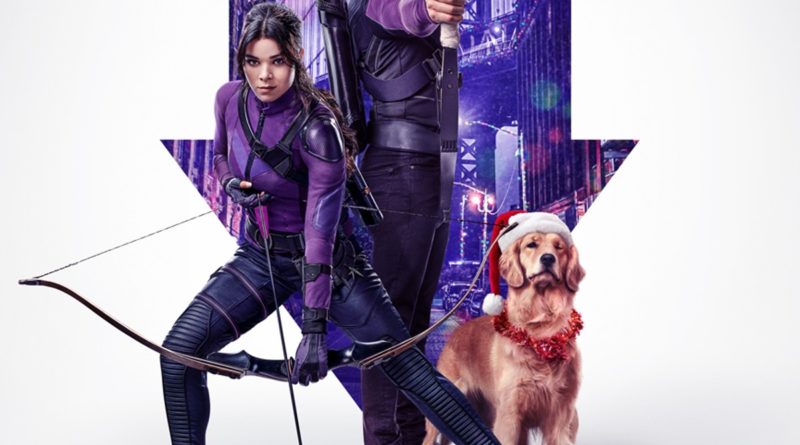 The latest poster for Marvel Studios’ Hawkeye has been revealed, offering the best look yet at the series’ key characters including Kate Bishop.

The main poster for Hawkeye is here to highlight the three main characters that will feature in the show, and potentially provide the clearest look yet at a possible future minifigure source.

This follows a trailer for the show also being released, which provided our first look at Kate Bishop, who in the comics takes over the role of Hawkeye after Clint Barton retires. This story may about to unfold in the Marvel Cinematic Universe. Sat next to the two characters is Lucky, their canine companion.

In the poster, Kate Bishop can be seen wearing her purple superhero suit and bow with an arrow loaded. The edge of a quiver can be seen on her back with a shoulder pad on her left shoulder.

Hawkeye starts streaming with two episodes on November 24 as the fifth series set in the Marvel Cinematic Universe on the platform following WandaVision, The Falcon and the Winter Soldier, Loki and What If…?. All four were represented in Collectible Minifigures 71031 Marvel Studios as well as two sets for What If…? – 76194 Tony Stark’s Sakaarian Iron Man and 76201 Captain Carter & The Hydra Stomper (review).

The Hawkeye series has yet to be confirmed for either a minifigure or a model, but getting a better look at Kate Bishop’s design gives us an idea of what to potentially expect.