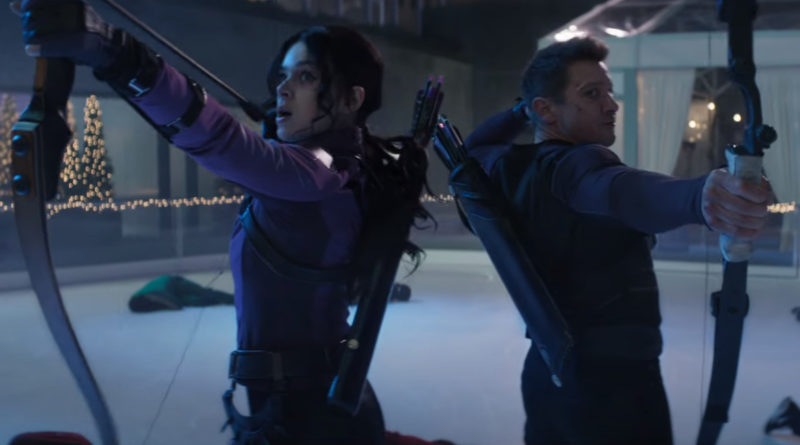 The first trailer for the upcoming Marvel Studio’s Hawkeye series has been revealed, showing the super-suit design for a potential future minifigure.

Marvel Studio’s Hawkeye is the next show from the superhero giant that has already been filling the past year with series such as WandaVision, The Falcon and the Winter Soldier, Loki and the currently-streaming What If…?. Continuing the star-studded legacy of these popular shows is Jeremy Renner as Hawkeye, and for the first time, Hailee Steinfeld as Kate Bishop.

In the comics, that latter character takes over the Hawkeye identity from Clint Barton after he retires to live a simple life with his family, a synopsis that seems similar to what is showcased in the trailer. Assuming this is the case, Kate Bishop could be a mainstay in the future of the Marvel Cinematic Universe, and therefore eligible for an inevitable future minfigure.

Taking place at Christmas, Hawkeye will feature the daring duo as they seek to face a presence from Clint Barton’s past, all to allow the hero to make it home to his family for the holidays, and likely train a prodigy in the process. Kate Bishop’s superhero suit keeps to the comic design with a purple colour scheme and leather straps to hold the necessary quiver, bow and more.

We’ll have to wait and see if a Kate Bishop minifigure is on the cards in the future, as the Hawkeye show seems unlikely to receive a set in time for the release date of November 24, and is missing from 71031 Marvel Studios which only handles the first four series to launch on Disney+. However, if Kate does take up the role of Hawkeye in future films, a minifigure is all but unavoidable for the LEGO Group.

For a taste of what the LEGO Group can do with the Disney+ Marvel characters, all 12 of the minifigures in 71031 Marvel Studios (review) as well as a duo of new sets for What If…? in 76201 Captain Carter & The Hydra Stomper and 76194 Tony Stark’s Sakaarian Iron Man.