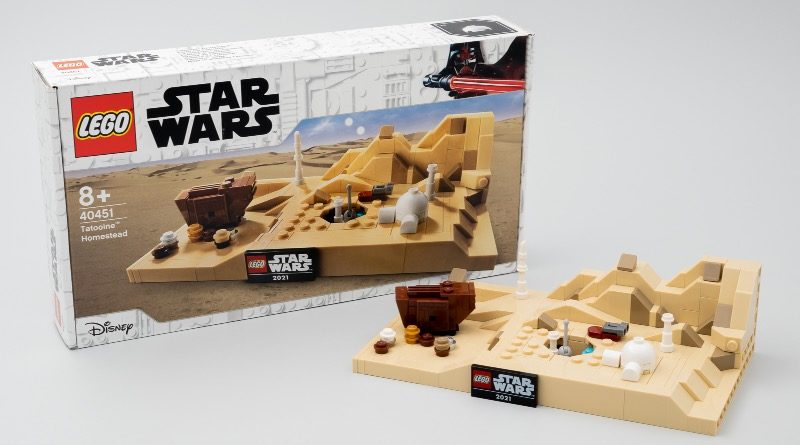 An early review of this year’s LEGO Star Wars May the Fourth promo set 40451 Tatooine Homestead has landed online, just hours after it was officially revealed.

Hoth Bricks is the LEGO Fan Media that’s come through with a first look at the 217-piece microscale diorama, which recreates the opening scenes of Star Wars: A New Hope across the sweeping sands of Tatooine. As well as the Lars family homestead – as indicated by the set’s title – the model also includes tiny representations of Star Wars hallmarks like Luke’s Landspeeder and the Sandcrawler.

Will at Hoth Bricks is full of praise for 40451 Tatooine Homestead, comparing it to the subdued, sleek displays of 40333 Battle of Hoth and 40362 Battle of Endor (rather than the ‘cluttered’ 40407 Death Star II Battle).

“It’s successful, and it’s once again proof that [the LEGO Group] can do without a polybag with a new or exclusive minifigure, provided you are a little creative,” Will says (courtesy of Google Translate). You can check out a selection of images from his review above, or click here to read it in full.