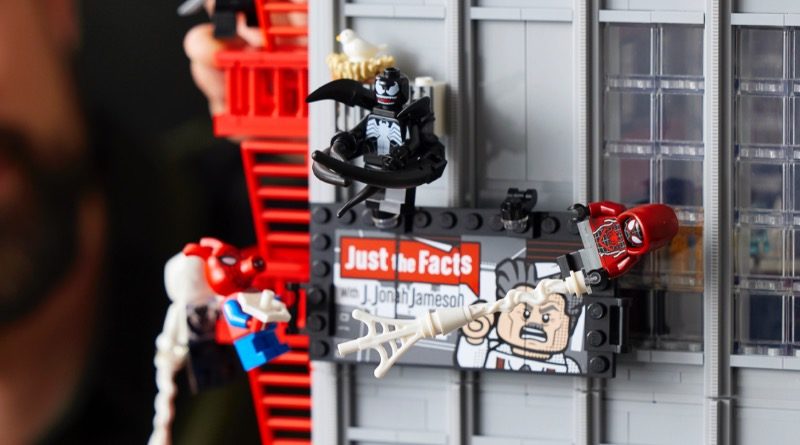 At this year’s LEGO Fan Media event, Brick Fanatics had the rare opportunity to speak to the Super Heroes design team – and we learned something pretty surprising about LEGO DC and Marvel.

While it might seem like there’s an obvious conflict between the two licence partners that fall under the Super Heroes umbrella – and the LEGO Group might therefore have established two separate design teams to work on each individual portfolio – it turns out that the designers working across both Marvel and DC are one and the same.

When it comes to explaining the explicit division of resources, however, Jesper was a little less forthcoming. “That’s generally a more strategic discussion that happens between bigger companies, so they are not depending on each other,” he says. “It is a discussion with DC and it’s a discussion with Marvel. As such, it’s not the same business.”

Jesper also declined to share any differences in dealing with both DC and Marvel, noting that the LEGO Group has ‘super good partners in both camps’. Perhaps the most obvious distinction between them both in 2021, however, is the markedly fewer DC sets launching compared to Marvel. And while that’s apparently for good reason, it also speaks to the fact that the LEGO Group is at least able to balance its portfolio (and, therefore, its resources) between both brands as it sees fit.

For more from the Super Heroes design team, read exactly why this year’s portfolio is weirdly light on DC and Batman sets, and why very few of its minifigures receive the luxury of arm printing.