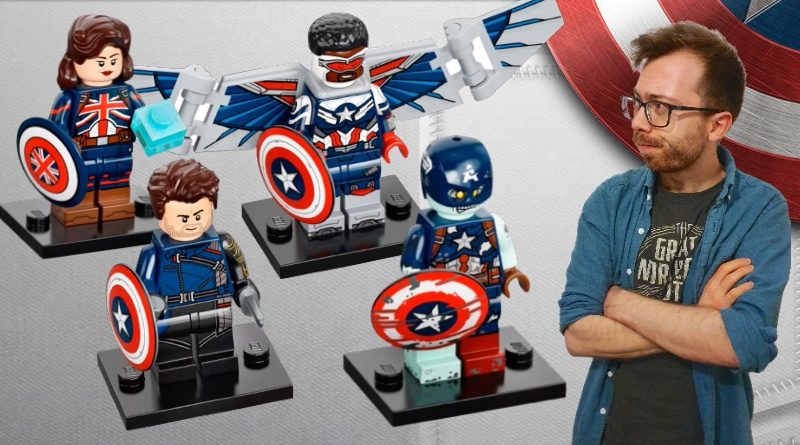 The first-ever LEGO Collectible Minifigures series based on the Marvel Cinematic Universe is finally here – but there’s a very strong bias towards one particular character in 71031 Marvel Studios.

Four of the 12 minifigures (that’s an entire third of the series, for those playing along at home) are based in some way on Captain America, a character we’ve already had countless versions of in the regular Marvel sets. Well, not quite countless, because I have actually counted, and the current total of unique Captain America minifigures – prior to 71031 Marvel Studios – sits at a whopping 19.

That includes slight variations on his movie suit across the first three phases of the Marvel Cinematic Universe, as well as brighter, comic-based outfits (who could forget the classic Scuba Captain America?), San Diego Comic-Con exclusive minifigures, and even a Mighty Micros appearance. Throw in a DUPLO figure and a nanofigure statuette, and Cap has been served pretty well by the LEGO Group over the past near-decade.

Steve Rogers is nowhere to be seen in 71031 Marvel Studios, though, because the upcoming series is based on the MCU’s first four Disney+ shows: What If…?, The Falcon and the Winter Soldier, Loki and WandaVision. But even while classic Cap isn’t present in any of those series, the LEGO Group has still found a way to cram in three different Captain America variants, plus a nod to the character in another minifigure.

Okay, fair enough, all those characters are featured across the first four Disney+ shows, and the LEGO Group is really only reflecting Marvel’s own weighting towards the legacy of a character it just can’t let go of. But it does feel like there were better choices than including Captain Carter, particularly given she’s already coming in August’s 76201 Captain Carter & The Hydra Stomper.

Porting the more detailed and accurate version of Peggy to that Marvel mech set would have a) increased its desirability and b) cleared space for a fresher, non-Cap character in 71031 Marvel Studios. As it stands, the series is also weighted pretty heavily towards What If…?, but swapping out Captain Carter for, say, Agatha Harkness (a pretty big WandaVision miss, let’s be honest) would have helped to balance things.

None of that has happened, though, so we’re left with a very Captain America-focused Collectible Minifigures series in 71031 Marvel Studios. Not that it’s going to stop me from buying any and all of them, because I’ve already waited this long for a Marvel CMF series, whatever form it happens to take.

You’ll be able to grab all the Caps (and the rest) from September 1, when the latest blind-bagged series hits LEGO.com, LEGO Stores and all good retailers.