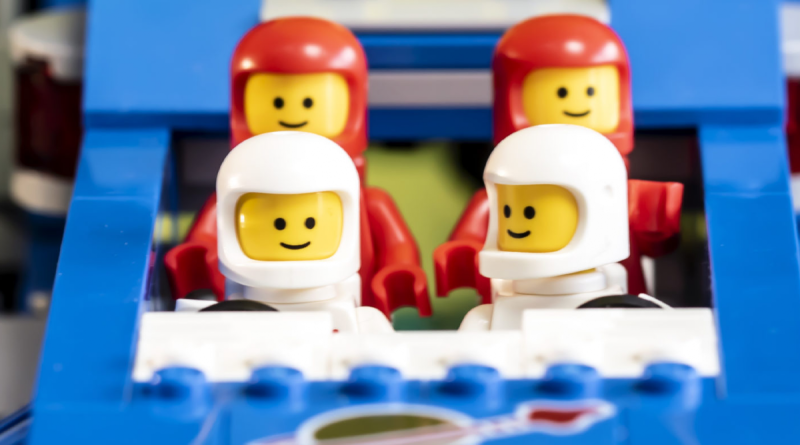 The latest round of LEGO Collectible Minifigures includes a brown Classic Space figure, suggesting similar minifigures may be on the (distant) horizon.

While the LEGO Group generally innovates with its product design, it also keeps an eye on its past sets. A popular example of this is its Classic Space theme, whose most iconic elements include astronauts in simple, monochrome outfits. These outfits have been recreated on several occasions in later LEGO sets, with a Classic Space astronaut soon appearing in brown for the first time.

The original Classic Space sets (as they have been retroactively dubbed) featured astronauts in red, yellow, blue, white and black suits, and – as evidenced by The LEGO Movie – have become some of LEGO’s most familiar characters from these early days. New Classic Space minifigures are occasionally released even now, although earlier ones used different helmets to compensate for early design flaws.

What’s interesting to minifigure collectors is the fact that new colours of Classic Space outfit have been trickling out over the last few years. Green, pink, light grey, orange and purple Classic Space torsos are now available, although these colours may prove a little tricky to find in large quantities. Series 24 of the Collectible Minifigures theme introduces a brown variant of the suit, as well as a blue-suited baby to accompany it.

The continued introduction of new colours indicates that Classic Space still has a small (if devoted) fan following. That could mean we have a few more colours of Classic Space outfit to look forward to.

As sets like 70841 Benny’s Space Squad make clear, the LEGO Group is prepared to have a little fun with the Classic Space concept. That idea is reinforced by other releases in the Collectible Minifigures line, which introduces a purple-clad Space Creature to the Classic Space ranks. You can even modify this to produce a more conventional astronaut, thanks to an upcoming release in the Chinese Traditional Festivals theme.

As such, we may get similarly bright colours in Classic Space form going forward. Modern shades like teal, coral pink and even vibrant yellow (introduced earlier this year) seem likely candidates, given they’re suitably lurid for the theme.

However, assuming we do get them we may be waiting a few years for each one to emerge. That’s because Classic Space is very much a side concern in today’s LEGO sets – with the designs treated as a novelty rather than a key plank of the LEGO Group’s product strategy. Green, pink and purple variants of the suit appeared in 2014, 2019 and 2022 respectively, so you may need to play the long game in order to expand your Classic Space force.