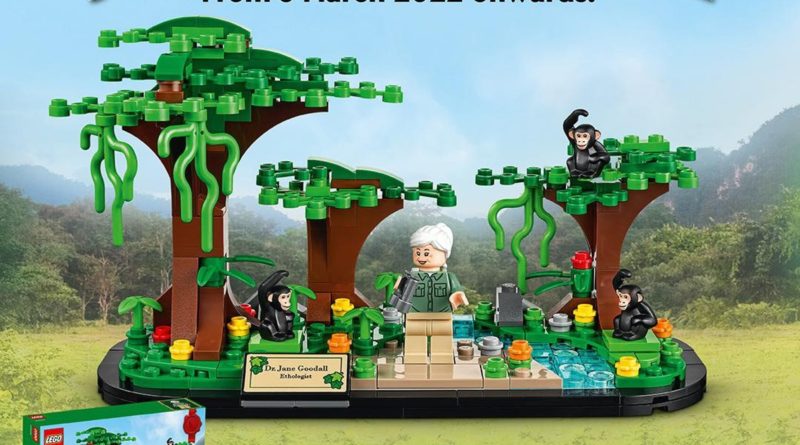 A LEGO Certified store in Singapore has revealed an image of the rumoured Jane Goodall Tribute set, with details on when it will be available.

The Brick Shop, a LEGO Certified Store, has revealed the first look at the previously reported Jane Goodall Tribute gift, which was only a rumour before today. The image comes as part of the shop’s roundup of monthly offers on a Facebook post as reported by The Brick Fan.

While offers between Certified Stores and official LEGO shops online and in physical locations differ, this set was previously rumoured to be available in March as a gift on LEGO.com. The set includes a minifigure of Doctor Jane Goodall in a brick-built forest with a winding river running through it.

However, the most notable parts can be found perched on one of the three trees and sitting on the ground as the older monkey element from the previous Collectible Minifigures series has returned from retirement as part of this GWP.

At the Singapore LEGO Certified Store, 40530 Jane Goodall Tribute will be available from March 3 with any purchase over S$165 while stocks last. Official details of international availability have not yet been announced, though it has been rumoured before to be given away from March 3-15 for free with orders over £120 / $120 / €120.