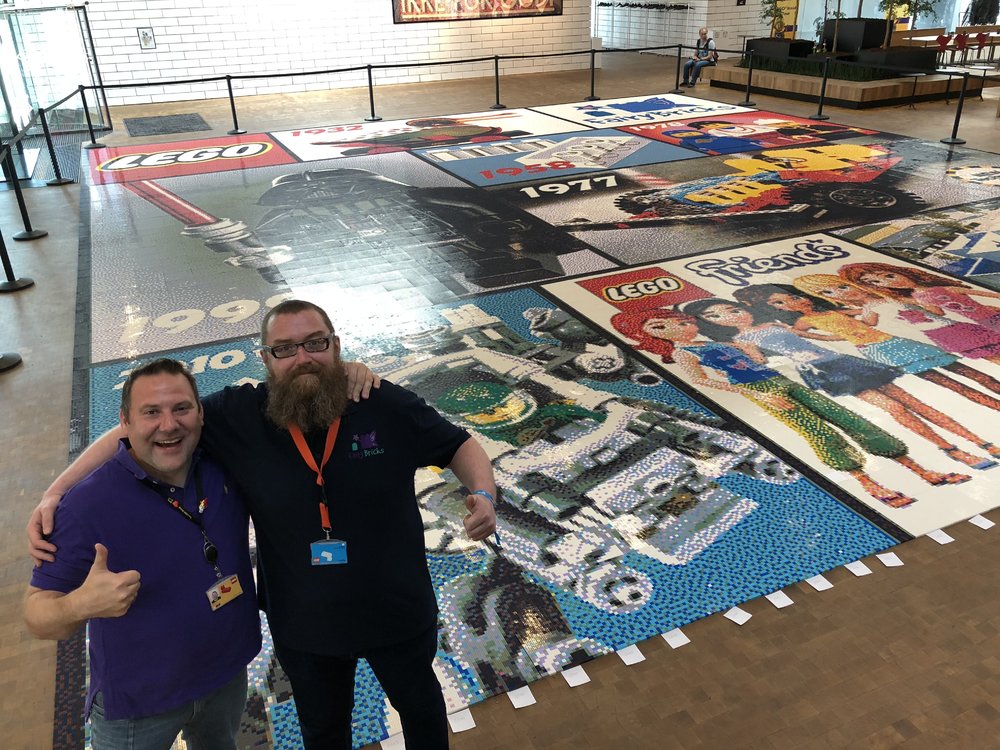 The LEGO House has played host to the building of the largest ever LEGO brick mosaic, organised by Fairy Bricks.

At the LEGO House in Billund, Denmark, a team from Fairy Bricks organised the building of the largest every LEGO mosaic. Celebrating the history of the LEGO Group, the 2,585 baseplate mosaic features significant milestones in the company’s history. Classic minfiigures, the Friends mini-dolls, the wooden duck and Star Wars all made it onto the design.

It took six days of building, two for LEGO employees and four for the general public, in which individuals built as many small plates of bricks as they liked, which the Fairy Bricks team then added to the larger design. Throughout the week, employees from the LEGO Group and visitors to the attraction got involved with clipping down bricks. The finished mosaic measured 12 by 14 metres and used over 600,000 bricks.

Fairy Bricks is a charitable organisation that raises money to buy LEGO sets, which are then donated to children staying in hospitals.