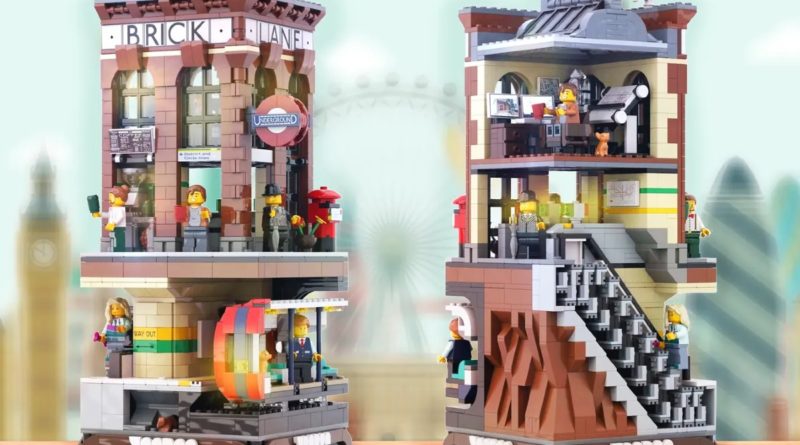 A brick-built cutout of London has reached the latest LEGO Ideas review stage, presenting a slice of the city with three storeys of detailed builds.

LEGO Ideas user John Harvey is the latest member of the 10K club as their first project on the platform, Mini City Diorama: London with Underground Train Station! has reached the required number of supporters to be considered for an official LEGO set.

Unlike other city-based LEGO Ideas submissions, the London model is not a modular build and acts as a standalone tribute to the England capital. At the top of the structure, a seagull is perched on the roof searching for their next meal while a busy architect works below in an office feature a multi-screen computer setup and a drawing board.

On the ground level, a busy London Underground station is automatically operated with a map of the city’s underground railways displayed above an open escalator, showing the interior mechanism. The whole build stands on a base with the name of the city built using tiles.

While the first 2022 review continues, two official models that were once in similar stages have recently been revealed and released. 21331 Sonic the Hedgehog – Green Hill Zone revisits the classic game and 21332 The Globe features the first brick-built LEGO globe.