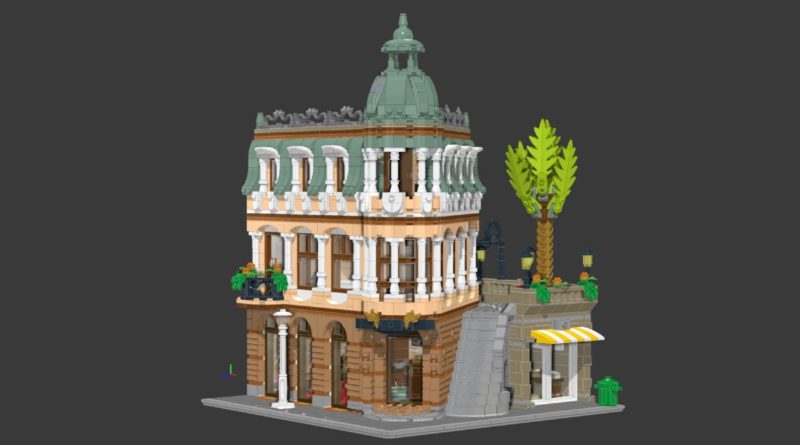 Newly-released sketch models of LEGO 10297 Boutique Hotel have revealed that things could have been very different for the latest modular building.

10297 Boutique Hotel is the 17th entry in the long-running series, and will arrive on January 1 to celebrate 15 years of the Modular Buildings Collection – but it didn’t always look like it does now, taking advantage of Pythagorean triangles to split its part count and footprint across both a hotel and an art gallery.

In fact, one of the earliest versions of the model spreads the main hotel across the entire 32×32 baseplate, with a chunk taken out of the middle to allow for an alleyway leading to a fountain. This design is also much taller than the finished building, coming in at four storeys high on the left side of the model.

The second sketch models dials up the complexity of the architecture – possibly a little too much – but also shows us the beginnings of the larger dome that sits atop the corner tower, in a not-at-all-deliberate nod to 10182 Café Corner. This version of the set also swaps the alleyway out for stairs, but retains the split between its two buildings.

Finally, the third render is the closest to the finished model, with the colour scheme of light nougat, dark tan and sand green locked in place. You’ll notice that this version of 10297 Boutique Hotel is also mirrored, though – a decision designer Anderson Grubb eventually reversed, with one eye on last year’s modular building, 10278 Police Station.

“If you’re going to get into one of these [modular buildings], there will be others that you can get into, so how do they look together?” Anderson tells Brick Fanatics, explaining the LEGO Group’s considerations for previous buildings when designing a new one.

“Specifically, that patio [above the art gallery] is there to make sure that we don’t hide the billboard on the Police Station. At one point the building was mirrored the other way over the angle, and that was completely hiding this beautiful detail that people who bought this building probably want to show off.”

For more on 10297 Boutique Hotel, check out our in-depth review, read why Anderson considers any architectural links to 10182 Café Corner to be ‘just a coincidence’, and stroll down memory lane with the set’s eight best (and four tenuous) references to its predecessors. 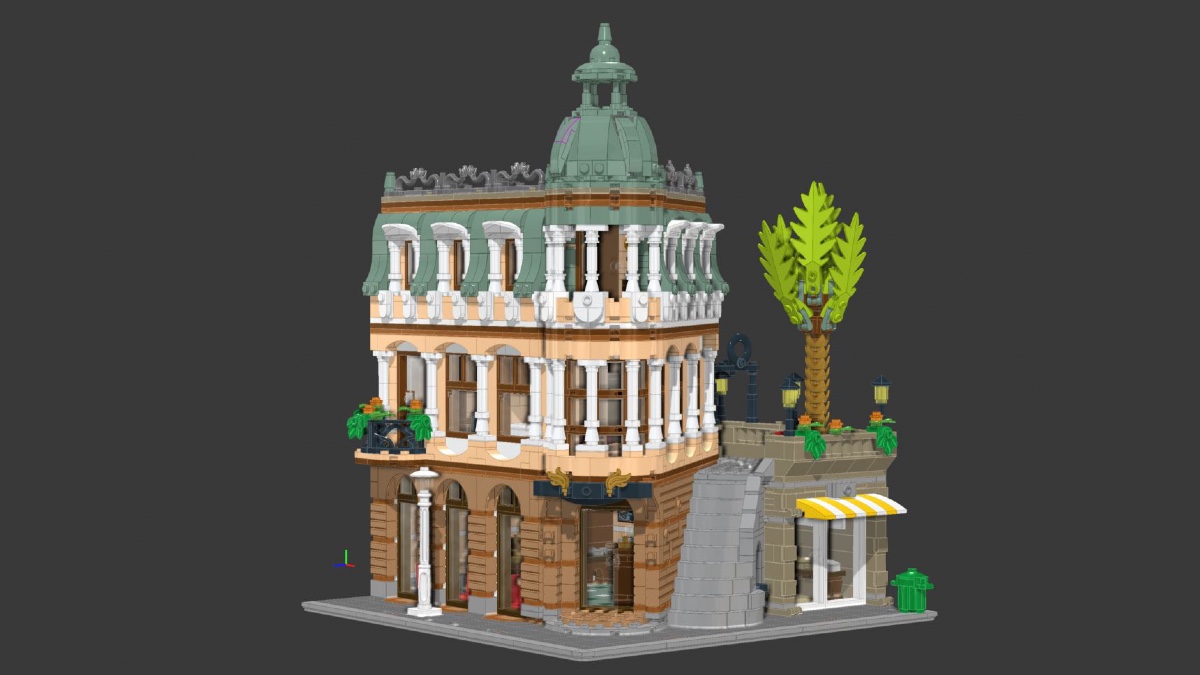