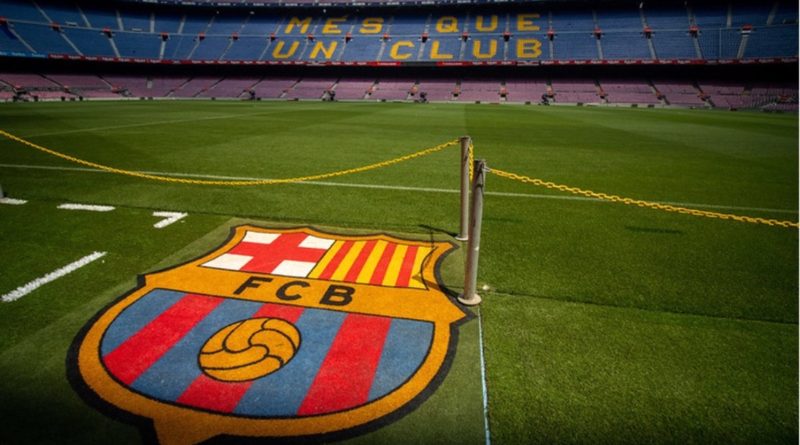 LEGO for Adults 10284 Camp Nou – FC Barcelona is the perfect opportunity to discover some of the fascinating stats and stories behind Barcelona’s iconic stadium.

Barcelona’s Camp Nou is one of the most notable stadiums in football, and has played witness to generations of the game’s most talented players, coaches and teams.

There are other football stadiums that could make for equally interesting LEGO sets, but as Camp Nou becomes immortalised in the form of LEGO for Adults 10284 Camp Nou – FC Barcelona, there’s no better time to explore what makes it so special.

Camp Nou is the largest capacity stadium in Europe, at 99,354. The next biggest on the continent is England’s Wembley Stadium, with 90,000 and third on the list of largest stadiums most or exclusively used for football is that of Barcelona’s arch rivals Real Madrid Estadio Santiago Bernabeu, at 81,044.

The ground’s initial capacity was just shy of 100,000 – 99,053 to be precise – and by 1982, when Spain hosted the World Cup and Camp Nou staged a number of fixtures, more than 120,000 fans could pack into the stands. But the governing body for European football, UEFA, introduced safety regulations in the 1990s that would limit the amount of standing spectators allowed, reducing Camp Nou’s capacity. It currently has 99,354 seats.

Camp Nou wasn’t officially called Camp Nou until as recently as 2001. Originally intended to be known as Estadi del FC Barcelona, it was dubbed Camp Nou shortly after opening – Camp Nou literally means ‘the new ground’. After decades with the moniker, a vote of Barcelona members at the turn of the century saw more than two-thirds agree the stadium should be officially known as Camp Nou.

9 – It was built for a single player

One of the reasons behind building Camp Nou in the mid-1950s was the signing of Hungary international László Kubala, with it believed that Barca’s stadium at the time – the 48,000-seater Camp de Les Corts – wasn’t able to hold the sort of crowds that would want to see him play.

8 – It’s been home to a lot of victories

Between Camp de Les Corts and Camp Nou, Barcelona have won over 1,000 league games playing at home, and reached the four-figure number at Camp Nou during the 2013-14 season with a 3-0 victory over Celta Vigo. Coincidentally, that same game was also Barcelona’s 1,000th league game played at Camp Nou.

7 – It cost a pretty penny to put together

Camp Nou is built primarily out of concrete and iron and took just two years to build, before opening in 1957. However, it came in at a cost of 288m pesetas – some 336% over budget. That works out at roughly €1.7bn in today’s figures, and almost bankrupted the club. If you thought the current financial issues at the club were the first time they have suffered, think again…

5 – There’s more than just a pitch and stands

Barca’s motto is Més que un club – more than a club – and Camp Nou is more than a football stadium. It also houses a chapel, a museum and club offices, as well as the home and away dressing rooms, press room, television studios, sports medicine centre and VIP and presidential boxes.

4 – It’s been home to some famous (non-sporting) faces

Camp Nou is often used for music concerts, with Bruce Springsteen and U2 repeatedly playing to more than 90,000 fans. The Three Tenors performed at Camp Nou in 1997, and Pope John Paul II held mass at Camp Nou in front of a congregation of 121,500 in 1982.

3 – It’s not all about football

Other sports have taken to Camp Nou, as the 2016 final of the top division in French rugby union, the Ligue Nationale de Rugby Top 14, was held at the stadium. Racing 92 beat Toulon in the showpiece fixture. Meanwhile, the premier competition in British rugby league, the Super League, visited Camp Nou in 2019 as Catalan Dragons – who usually play their home games in Catalan, France – defeated Wigan Warriors.

Camp Nou hosted the final of the European Cup in 1989, when Milan beat Steaua Bucharest 4-0, and 10 years later was the site of the final of the rebranded competition, the Champions League, as Manchester United staged a dramatic comeback to beat Bayern Munich. Mario Basler had put Bayern in front early in the match, but two injury time goals – from Teddy Sheringham and current United coach Ole Gunnar Solskjaer – saved the game for the Premier League club and confirmed a famous treble of league, FA Cup and Champions League.

Barca have grand plans for the future of Camp Nou – despite their precarious financial situation. The intention is to redevelop the stadium and the buildings on site as part of the Espai Barca project, which would see Camp Nou enlarged to a capacity of 105,000, completing the third tier and adding a to roof cover the whole ground, and not just one side as it currently does. It’s been reported that the budget for the redevelopment is up to €1bn, from the original €600m. Some things never change…

Read our review of 10284 Camp Nou – FC Barcelona, which is the second stadium release from the LEGO Group, following on from 2020’s 10272 Old Trafford – Manchester United (review).