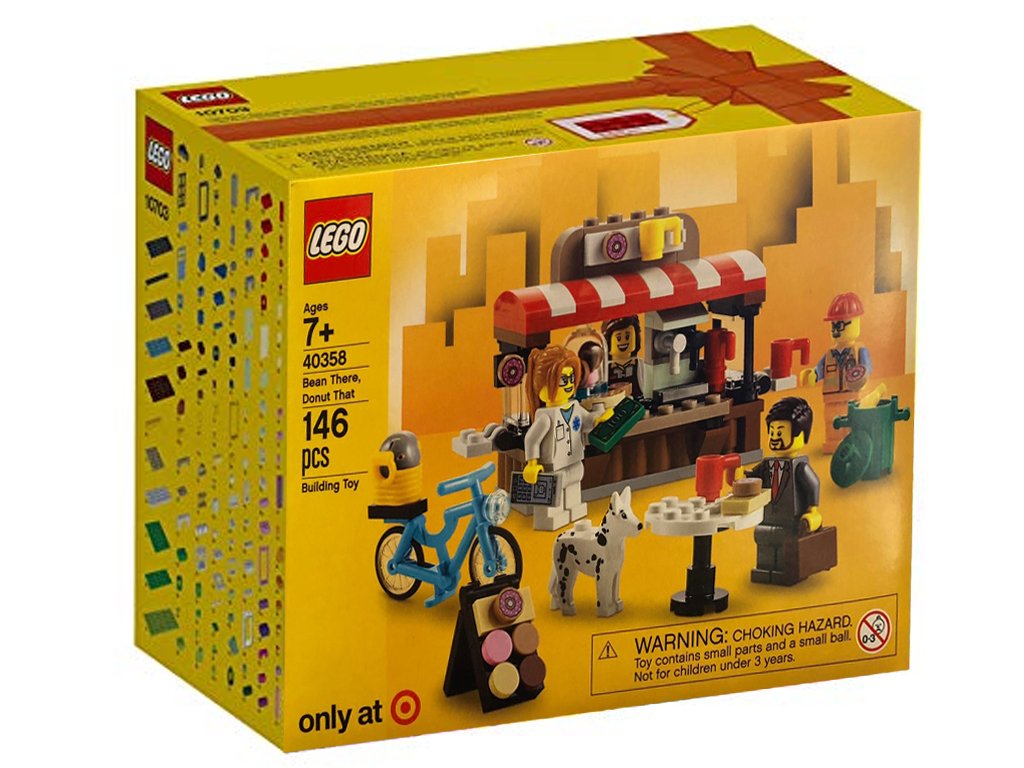 A new Target exclusive LEGO set has been found at the retailer, 40358 Bean There, Donut That.

Unrevealed up until now, it turns out that Target has a new LEGO set out – 40358 Bean There, Donut That. This little set is exclusive to the retail chain. It contains 146 bricks and retails for $19.99, but may be used as part of a promotional deal soon.

The set was found by a Reddit user and highlighted by Brickset. The fun title is less plain than those usually given to LEGO sets, with the box depicting a coffee and donut stand. There are nice little touches, such as someone having thrown away a banana on their way to get a donut. For those worrying about that promoting an unhealthy lifestyle to children, at least someone cycled to get there. 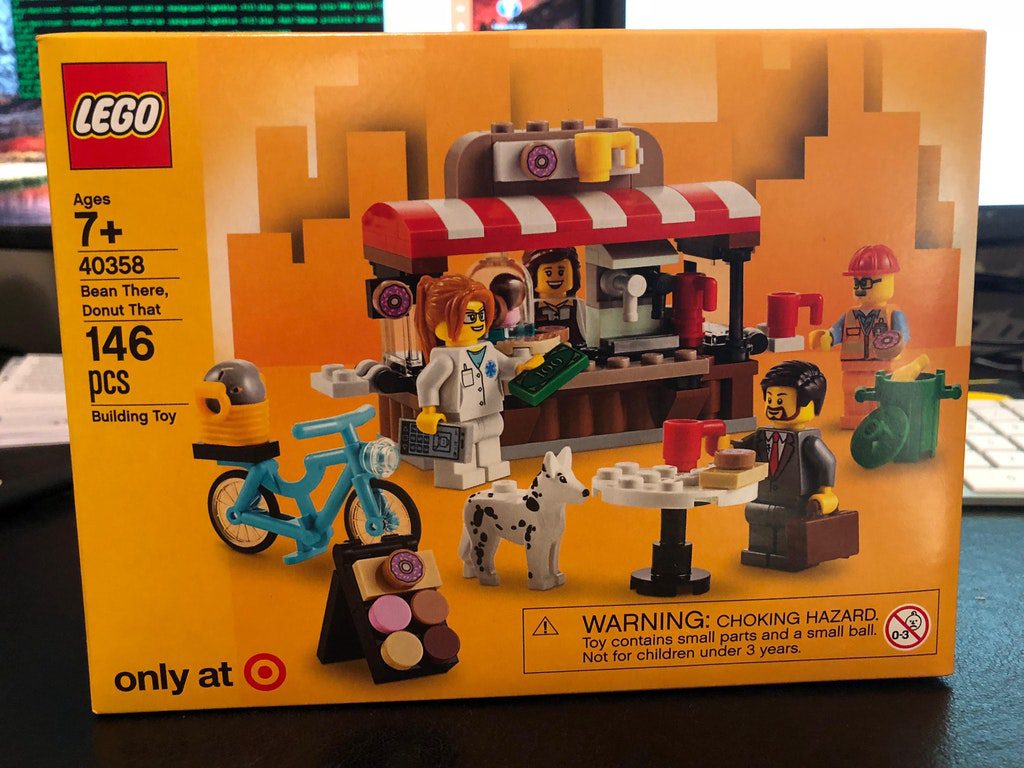 Whether the set will be released elsewhere in the world remains to be seen, but the Wal*Mart classic anniversary boxes were not released worldwide earlier in the year.

Target has also been one of the first retailers to stock new adult sized LEGO costumes in time for Halloween, with giant brick and minifigure options available.

LEGO sets that are not exclusive to Target are available from shop.LEGO.com.