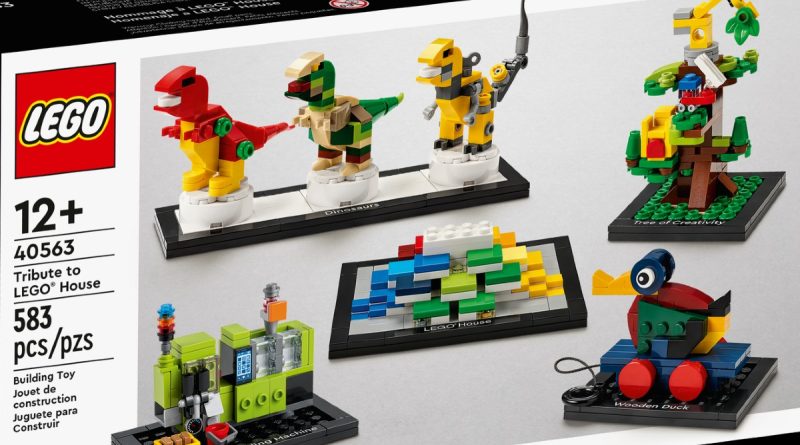 Another upcoming LEGO GWP has been revealed on the online store as 40563 Tribute to LEGO House is set to celebrate the attraction’s models.

Images for a brand new LEGO gift with purchase have been listed on the official online store with 40563 Tribute to LEGO House valued at £25.99 / $29.99 / €29.99. It includes 583 pieces and recreates five of the LEGO House’s exclusive sets from past years, though not the most recent model.

Unfortunately, the most recent exclusive LEGO House set, 40503 Dagny Holm – Master Builder, is excluded from the build, potentially due to this GWP and the set being designed at the same time.

It’s not yet known how you’ll be able to get your hands on 40563 Tribute to LEGO House but the listing has likely gone live ahead of its offer. Nothing is confirmed at the time of writing but hopefully, there will be more to share soon.