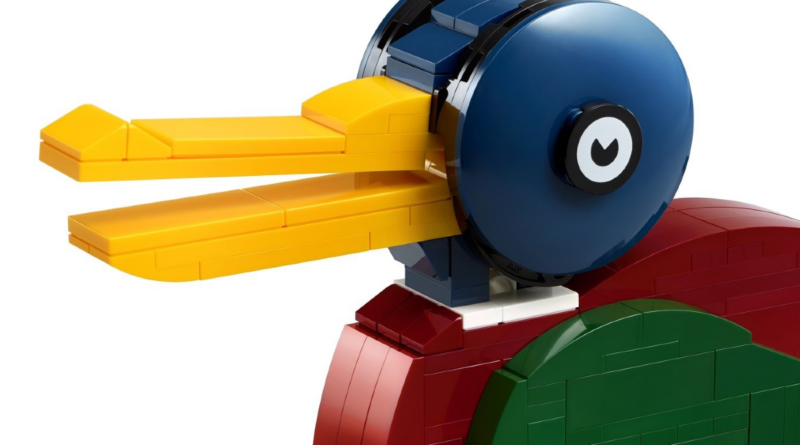 Two new items can be redeemed in the LEGO VIP rewards centre, each honouring the company’s 90th anniversary.

With nine decades of operation under its belt, the LEGO Group has (if you’ll pardon the pun) been around the block a few times. That’s something which is reflected in its branding and product design. As you might expect, both are very different now compared to its early days.

The two new rewards in the LEGO VIP rewards centre convey this idea pretty well. First up is a poster that tracks the evolution of the LEGO logo over the years. It shows that the familiar square logo first appeared in 1964, although it’s seen a bit of refinement since then.

If you’d like to get a closer look at each logo, Logopedia has larger images for you to look at. The official LEGO poster measures 40cm high and 30cm wide, and is printed on 300mg poster paper.

Next, we have a square sticker depicting a wooden duck. This duck is one of the LEGO Group’s oldest products, frequently appearing in tributes to the company’s past. The sticker features a lenticular design, which means it flips between the original duck and a brick-built recreation. It measures 6.35cm on each side, and can presumably be stuck onto a flat surface.

If you’re interested in either of these products, you can visit the VIP rewards centre for your region to acquire them. However, there’s a couple of things to bear in mind. You must spend VIP points instead of money to acquire them, and you can’t get them on their own. Instead, they must be added to a conventional LEGO.com purchase of any value before the code expires.

We’re not sure how long these items will hang around, so if you’re interested we suggest you check them out as soon as possible. If they don’t take your fancy, there are plenty of other rewards – including a new pair of LEGO sets.

If you’d like to learn more about The LEGO VIP programme, you can read our comprehensive guide on the subject.