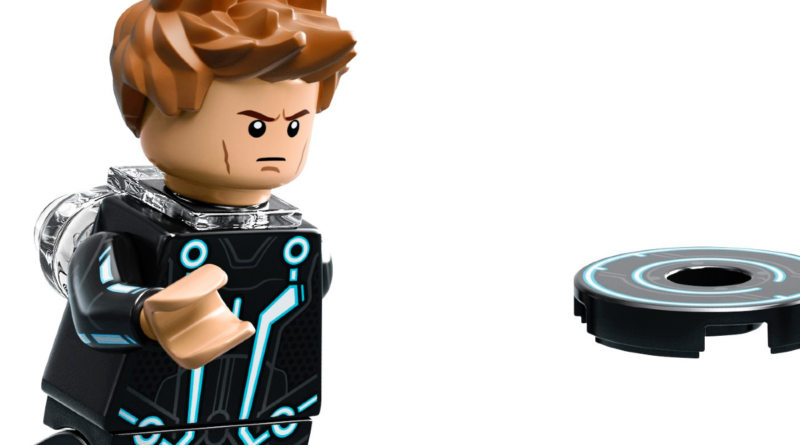 A key part of movie history has been neglected by both the LEGO Group and The Walt Disney Company, despite the massive influence of the movie in question.

In case you hadn’t worked it out, we’re talking about Tron: a cult science fiction film from 1982. The movie recently celebrated its 40th anniversary, and many contemporary films have (in one way or another) been following in its footsteps.

Starring Jeff Bridges and Bruce Boxleitner, the film tells the story of Kevin Flynn – a software engineer transported inside a mainframe computer. Flynn must team up with security programme Tron to defeat the malevolent Master Control Programme, and maybe even save the world in the process.

While it’s a bit ropey by today’s standards, Tron was a groundbreaking film at the time thanks to its visual effects. It used a mix of backlit and CG elements to produce an utterly unique sci-fi world. While its use of CGI was initially sneered at, today’s blockbusters often rely on CGI to create their worlds.

Tron would earn a 2010 sequel and various other media (including a short-lived TV show starring Elijah Wood), while Disney put out a tweet in honour of the occasion. However, the broader Tron franchise has largely fallen off our cultural radar since then.

That’s partially thanks to Disney’s purchase of both Marvel and Lucasfilm. With the likes of Star Wars under their umbrella, Disney don’t really need sci-fi franchises like Tron any more – especially since, in some respects, Tron was designed to compete with them.

The LEGO Group has explored Tron’s ideas itself on a few different occasions. The LEGO Ideas theme spawned a set inspired by the sequel (21314 TRON: Legacy) back in 2018, and included a pair of light cycles – one of the franchise’s most popular elements.

Other LEGO products have even taken cues from Tron in the past. The 2020 NINJAGO product range saw NINJAGO’s characters transported into a virtual, neon tinged world. 71709 Jay and Lloyd’s Velocity Racers is essentially a light cycle tribute act, thanks to the glowing ribbons of light attached to each vehicle.

More broadly, Tron’s use of CGI brought entirely new film franchises into being. Pixar’s John Lasseter attributes the creation of Toy Story to Tron’s existence; without one, we wouldn’t have the other. The LEGO Group has also produced several Toy Story sets over the years, including a trio of sets inspired by the Lightyear spinoff movie.

The LEGO Group is no stranger to celebrating anniversaries in its products. It’s currently in the midst of honouring its 90th birthday, with some exciting new sets on the horizon. In the past it’s also honoured milestones in other themes, with Star Wars, Marvel and NINJAGO all seeing tributes in recent years.

Sadly, it seems Tron isn’t worthy of such significant tributes. But it’s clear that both LEGO and Disney can each chalk up some of their prosperity to Tron’s ambition. Who knows? Maybe the 50th anniversary will prove more fruitful.

If you’ve still got a hankering for late 20th-century nostalgia, you can read about all the 90th anniversary LEGO sets that have been revealed so far.